Social media as a threat channel saw a two-fold increase in attacks throughout 2021, according to a report from PhishLabs. 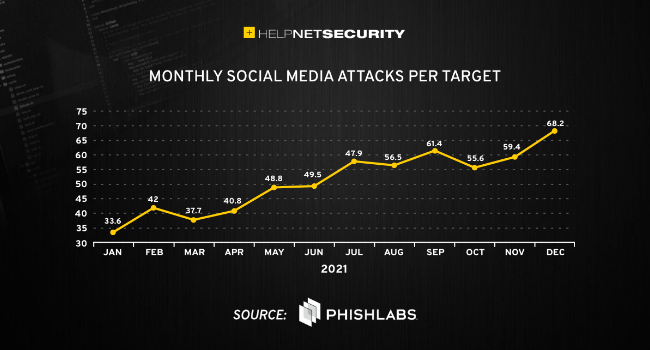 In Q4 and throughout 2021, PhishLabs analysed hundreds of thousands of phishing and social media attacks targeting enterprises, their employees, and brands. The report provides an analysis of the latest findings and insights into key trends shaping the threat landscape.

According to the findings, the number of social media attacks per target increased 103% from January 2021, when enterprises were experiencing an average of just over one threat per day. In December, enterprises averaged over 68 attacks per month, or more than two per day.

“2021 was another record-setting year for social media as a threat channel. Threat actors use social media to commit fraud, impersonate brands and executives, and launch a variety of cyber threats, forcing security teams to monitor a variety of platforms for activity targeting their enterprise,” said John LaCour, Principal Strategist at HelpSystems. “Financial institutions were the most actively targeted by threat actors since their services are often used broadly across several business sectors.” 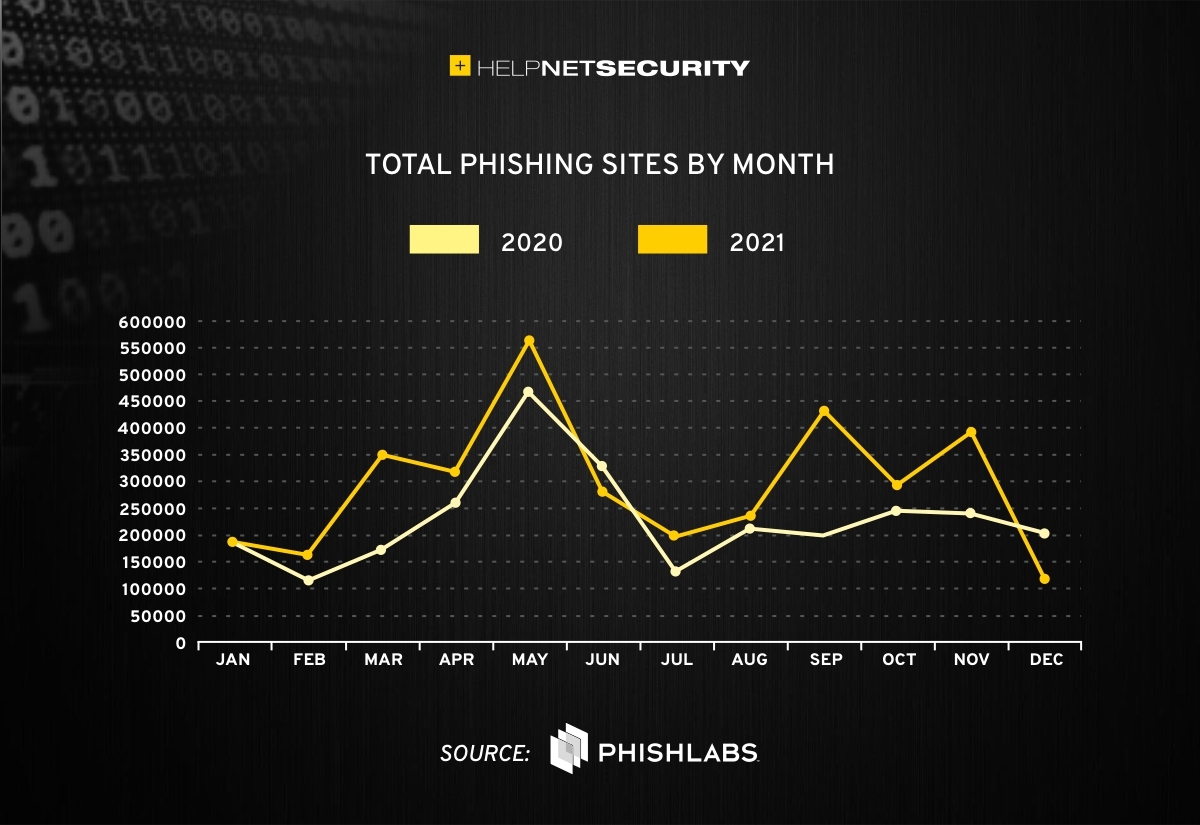 “In 2022, enterprises must broaden their line of defense starting with strong, cross-channel monitoring, and building relationships with technology providers in new areas to quickly minimise the scope of threats targeting their organization.”