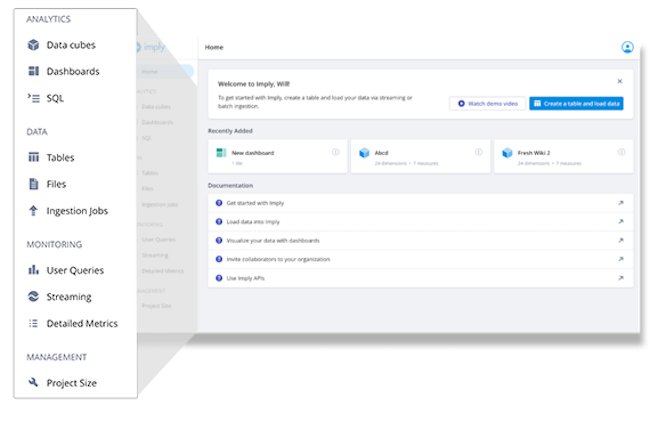 The announcement includes a cloud database service built from Apache Druid and the private preview of a multi-stage query engine for Druid. Together, these innovations show how Imply delivers the most developer-friendly and capable database for analytics applications.

Developers are increasingly at the forefront of analytics innovation, driving an evolution in analytics beyond traditional BI and reporting to modern analytics applications. These applications—fueled by the digitization of businesses—are being built for real-time observability at scale for cloud products and services, next-gen operational visibility for security and IT, revenue-impacting insights and recommendations and for extending analytics to external customers. Apache Druid has been the database-of-choice for analytics applications trusted by developers of 1000+ companies including Netflix, Confluent and Salesforce.

“Today, we are at an inflection point with the adoption of Apache Druid as every organization now needs to build modern analytics applications,” said Fangjin Yang, CEO and co-founder, Imply. “This is why it’s now time to take Druid to the next level. Project Shapeshift is all about making things easier for developers, so they can drive the analytics evolution inside their companies.”

As developers turned to Apache Druid to power interactive data experiences on streaming and batch data with limitless scale, Imply saw tremendous opportunity to simplify the end-to-end developer experience and extend the Druid architecture to power more analytics use cases for applications from a single database.

Real-time database as a service built from Apache Druid

Building analytics applications involves operational work for software development and engineering teams across deployment, database operations, lifecycle management and ecosystem integration. For databases, cloud database services have become the norm as they remove the burden of infrastructure from cluster sizing to scaling and shift the consumption model to pay-as-you-use.

Imply Polaris, however, is a cloud database service reimagined from the ground up to simplify the developer experience for analytics applications end-to-end. Much more than cloudifying Apache Druid, Polaris drives automation and intelligence that delivers the performance of Druid without needing expertise, and it provides a complete, integrated experience that simplifies everything from streaming to visualization. Specifically Polaris introduces:

“We chose Apache Druid to power our analytics application to get real-time traffic visibility across one of the world’s largest global tier-1 IP backbones,” said Paolo Lucente, big data architect at the global IP network division of NTT Ltd. “We are looking forward to deploying Imply Polaris to continue to get the interactivity we need on a simple cloud-based service without having to worry about maintenance.”

From its inception, Druid has uniquely enabled developers to build highly interactive and concurrent applications at scale, powered by a query engine built for always-on applications with sub-second performance at TB to PB+ scale. Increasingly, however, developers need data exports, reporting and advanced alerting included with their applications, requiring additional data processing systems to deploy and manage.

“The multi-stage query engine represents the most significant evolution of Druid, an expansion of the architecture that makes it unparalleled in the industry,” said Gian Merlino, co-founder/CTO of Imply and Apache Druid PMC chair. “It brings both flexibility as well as ease to the developer experience. I’m excited that the entire open source community will be able to take full advantage of it.”