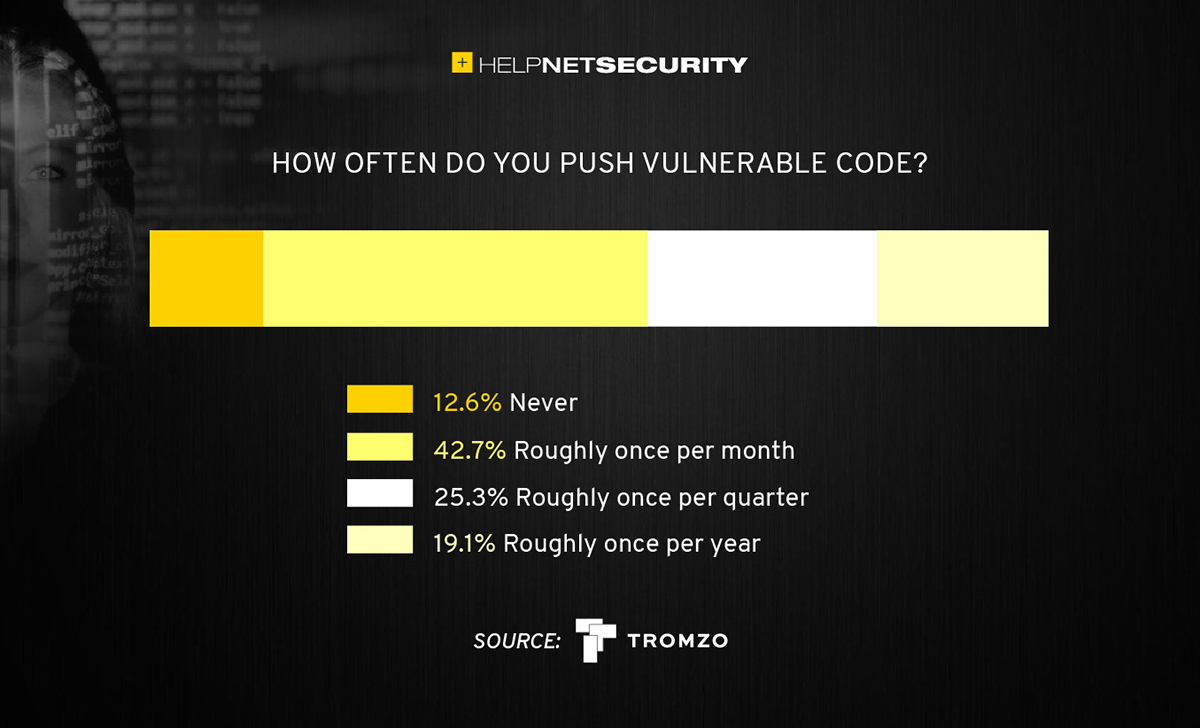 The report was based on a survey of more than 400 U.S.-based developers who work at organizations where they currently have CI/CD tools in place.

“These findings show that developers regularly ignore security issues, but can we really blame them?” said Tromzo CTO Harshit Chitalia. “Security teams are bombarding them with an endless stream of issues that need to be addressed with no way for them to separate what’s actually critical from all the noise, all while they are expected to release software more frequently and faster than ever before.

“If we want developers to truly implement security, we must make it easy for them. This means integrating contextual and automated security checks into the SDLC so we can transition from security gates to security guardrails.”

Developers and the vulnerable code