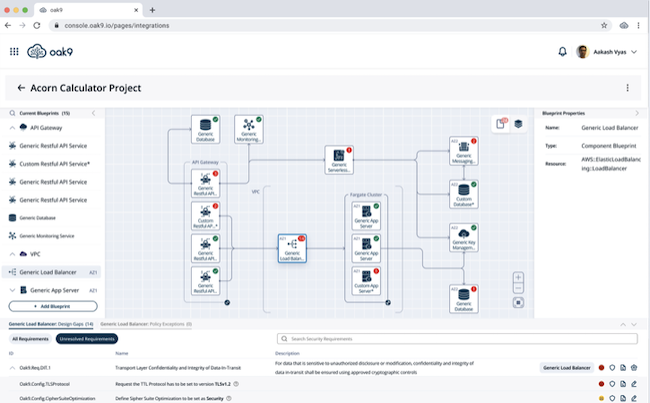 “It’s simply not enough to call out that a bug exists in a developer’s cloud infrastructure. oak9 points out security and compliance issues as soon as code changes, taking security to the last mile by teaching the developer, ‘here’s how to risk-appropriately secure this code’, and at the developer’s choice with one click, remediate the code with oak9’s recommendation.”

Developers see suggested changes directly within their code repository with a pull request created by oak9. Developers then see a side-by-side comparison showing compliant code against security gaps, an explanation on why the code was flagged, and then empowers developers with the choice to remediate the code with one click.

Additionally, oak9 monitors security changes on a recurring schedule throughout the entire DevSecOps lifecycle, including post-deployment where developers can continue to take advantage of automatic remediation.

The need to shift left and guarantee cloud native application security at the earliest stages in the development lifecycle is growing, and oak9’s recently announced integrations continue to drive a true shift left to keep companies secure at a time when finding security talent is a struggle.

oak9 reduces costs and increases time to market, seamlessly integrating into the software development lifecycle, consistently analyzing infrastructure as code, and natively incorporating security based on a holistic view of an application’s architecture and components.

oak9 is currently available on AWS marketplace and Azure marketplace.