Gigamon released recent findings from a Pulse.qa study which surveyed IT and InfoSec leaders to identify challenges associated with advancing their multi-cloud strategies. 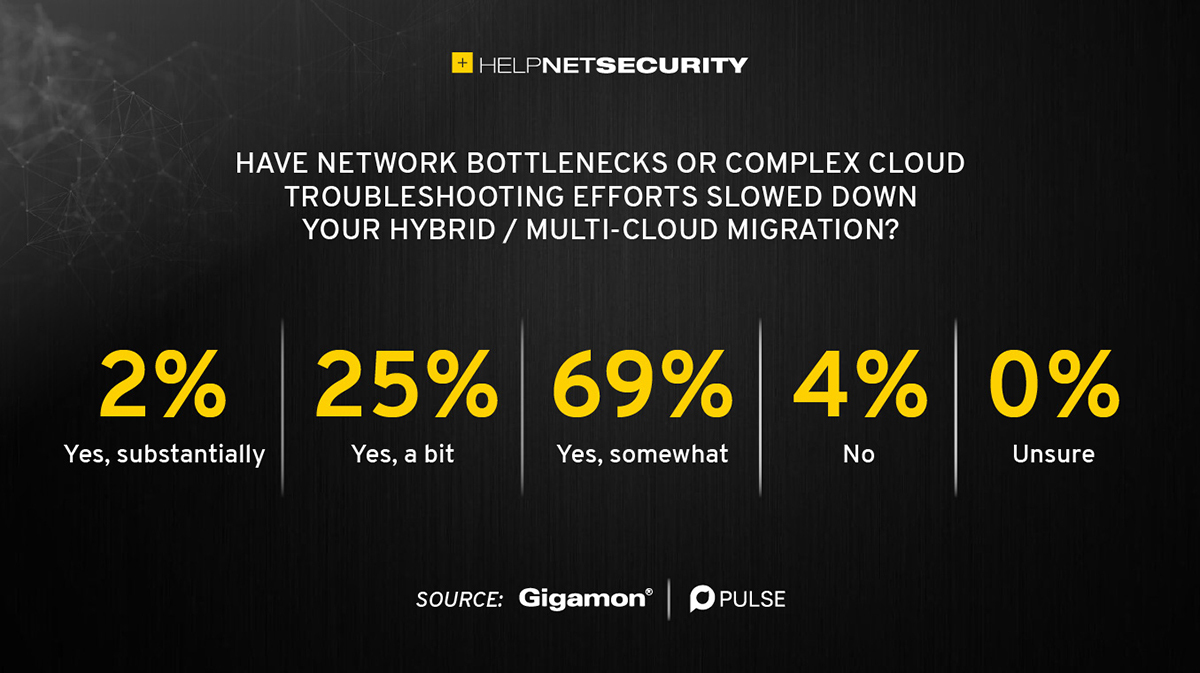 According to the survey, the majority of respondents believe there is room for improvement in visibility to assure the security, compliance, and performance of their hybrid and multi-cloud workloads.

According to a recent Pew Research survey, 64 percent of Americans are choosing to remain in either a fully remote or hybrid working environment, forcing businesses to grapple with the increasing complexity that comes with migrating and scaling workloads in the cloud. As such, Pulse.qa survey respondents rank visibility into cloud data-in-motion as the top security factor globally.

“For any business to maintain a competitive edge in a world filled with increasing security risk and IT complexity, requires deep observability across their hybrid and multi-cloud environments,” said Bassam Khan, VP of product and technical marketing at Gigamon.

“While the path to application and infrastructure modernization varies for every business, closing this visibility gap is essential to securing and optimizing the network to deliver a superior user experience.”

The challenges of multi-cloud strategies

To address these cloud migration barriers and challenges, of those surveyed, 82 percent of IT and InfoSec leaders prefer best-of-breed third-party security monitoring tools over cloud platform provider tools. Additionally, the majority prefer a single source of visibility across their environment in contrast to a siloed approach to troubleshooting issues in the cloud.