Mandiant announced the findings of an annual report that provides timely data and insights based on frontline investigations and remediations of high-impact cyber attacks worldwide. The 2022 report––which tracks investigation metrics between October 1, 2020 and December 31, 2021—reveals that while significant progress has been made in threat detection and response, adversaries are still innovating and adapting to achieve their mission in targeted environments. 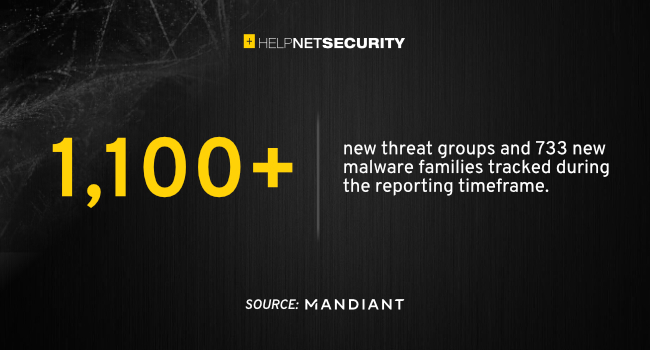 When comparing how threats were detected across different regions, the report found that in EMEA and APAC, the majority of intrusions in 2021 were identified by external third parties (62% and 76%, respectively), a reversal of what was observed in 2020. In the Americas, the detection by source remained constant with most intrusions detected internally by organizations themselves (60%).

Organizations’ improved threat visibility and response as well as the pervasiveness of ransomware––which has a significantly lower median dwell time than non-ransomware intrusions––are likely driving factors behind reduced median dwell time, per the report.

The report also notes a realignment and retooling of China cyber espionage operations to align with the implementation of China’s 14th Five-Year Plan in 2021. The report warns that the national-level priorities included in the plan “signal an upcoming increase in China-nexus actors conducting intrusion attempts against intellectual property or other strategically important economic concerns, as well as defense industry products and other dual-use technologies over the next few years.”

“This year’s M-Trends report reveals fresh insight into how threat actors are evolving and using new techniques to gain access into target environments. While exploits continue to gain traction and remain the most frequently identified infection vector, the report notes a significant increase in supply chain attacks. Conversely, there was a noticeable drop in phishing this year, reflecting organizations’ improved awareness and ability to better detect and block these attempts.

“In light of the continued increased use of exploits as an initial compromise vector, organizations need to maintain focus on executing on security fundamentals––such as asset, risk and patch management,” said Jurgen Kutscher, EVP, Service Delivery, Mandiant.

“Chinese cyber espionage activity ramped up significantly in recent years, with Asia and the U.S. remaining the most targeted regions. This year’s M-Trends report notes a specific focus on government organizations as well as the use of the same malware families among multiple cyber espionage actor sets, likely due to resource and tool sharing by disparate groups. Further, with the implementation of China’s 14th Five-Year Plan in 2021, we expect to see cyber espionage activity continue to accelerate in support of China’s national security and economic interests over the next few years,” said Charles Carmakal, SVP and CTO, Mandiant.