HP announced that the HP Wolf Security threat research team has identified a 27-fold increase in detections resulting from Emotet malicious spam campaigns in Q1 2022, compared to Q4 2021 – when Emotet first made its reappearance. 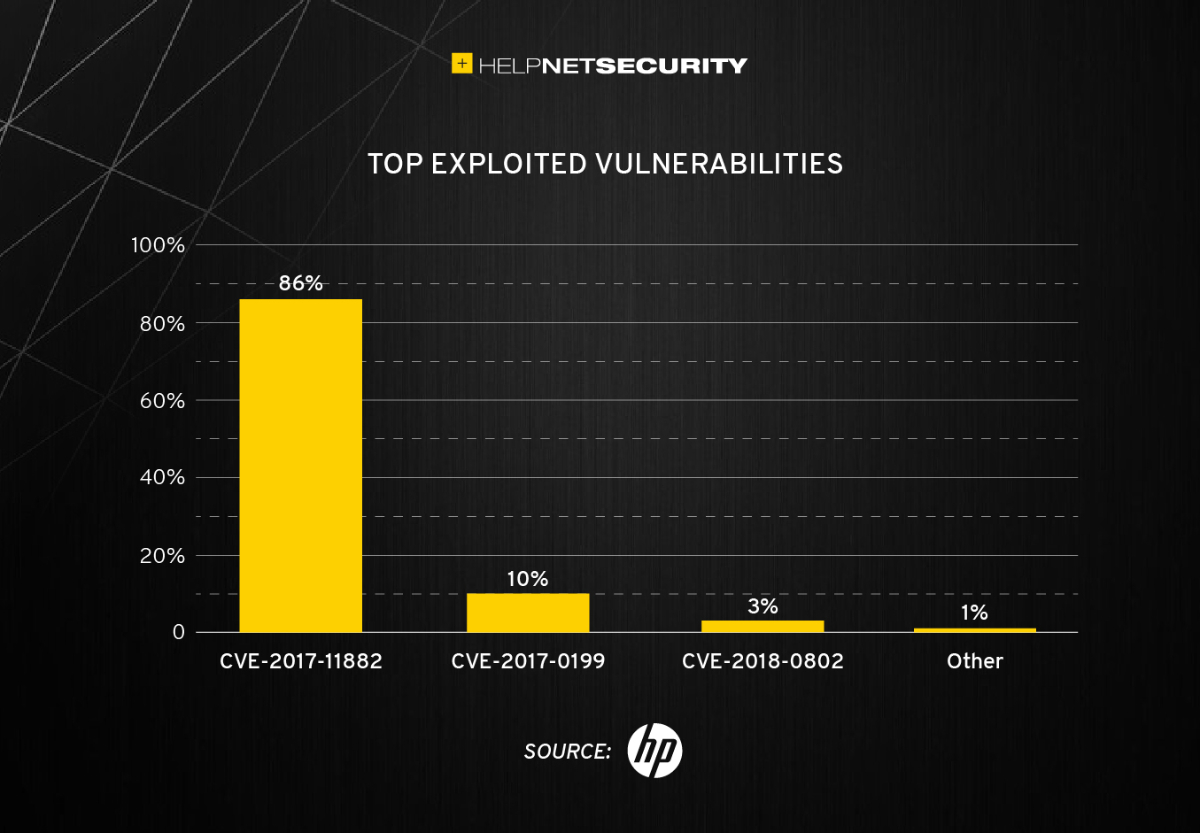 The latest global HP Wolf Security Threat Insights Report – which provides analysis of real-world cybersecurity attacks – shows that Emotet has bolted up 36 places to become the most common malware family detected this quarter (representing 9% of all malware captured). One of these campaigns – which was targeted at Japanese organizations and involved email thread hijacking to trick recipients into infecting their PCs – was largely responsible for an 879% increase in .XLSM (Microsoft Excel) malware samples captured compared to the previous quarter.

By isolating threats that have evaded detection tools and made it to user endpoints, HP Wolf Security has specific insight into the latest techniques being used by cybercriminals. Notable examples include:

“Our Q1 data shows this is by far the most activity we’ve seen from Emotet since the group was disrupted early in 2021 – a clear signal its operators are regrouping, building back their strength and investing in growing the botnet. Emotet was once described by CISA as among the most destructive and costly malware to remediate and its operators often collaborate with ransomware groups, a pattern we can expect to continue. So their reemergence is bad news for businesses and public sector alike,” explains Alex Holland, Senior Malware Analyst, HP Wolf Security threat research team, HP.

“Emotet also continued to favor macro-enabled attacks – perhaps to get attacks in before Microsoft’s April deadline, or simply because people still have macros enabled and can be tricked into clicking on the wrong thing.”

The findings are based on data from many millions of endpoints running HP Wolf Security. HP Wolf Security tracks malware by opening risky tasks in isolated, micro-virtual Machines (micro-VMs) to protect the user and understand and capture the full attempted infection chain, mitigating threats that have slipped past other security tools. To date, HP customers have clicked on over 18 billion email attachments, web pages, and downloads with no reported breaches. This data provides unique insights into how threat actors use malware in the wild.

“This quarter we saw a significant 27% rise in the volume of threats captured by HP Wolf Security. As cybercriminals tweak their approaches in response to changes in the IT landscape, the volume and variety of attacks continues to increase, and it becomes harder for conventional tools to detect attacks,” comments Dr. Ian Pratt, Global Head of Security for Personal Systems, HP.

“With an uptake in alternative file types and techniques being used to bypass detection, organizations need to change course and take a layered approach to endpoint security. By applying the principle of least privilege and isolating the most common threat vectors – from email, browsers, or downloads – rendering malware delivered via these vectors harmless. This dramatically reduces organizations’ risk exposure to cyber threats.”