Armorblox released a report which highlights the use of language-based attacks that bypass existing email security controls. The report uncovers how the continued increase in remote work has made critical business workflows even more vulnerable to new forms of email-based attacks, often resulting in financial fraud or credential theft. 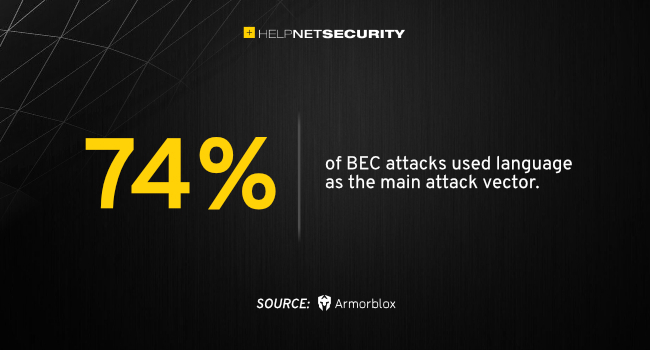 The report is based on data gathered across 58,000+ customer tenants, end-user feedback, and threat research. It documents both the rise in targeted attacks and the increased sophistication, accuracy, and financial impact of email-based attacks.

“Based on threats analyzed by Armorblox across our customer base of over 58,000 organizations, we see a sharp increase in email attacks targeting critical business workflows. These use language as the primary attack vector and impersonate VIPs, known vendors, and SaaS applications,” said DJ Sampath, CEO of Armorblox.

“It is critical that organizations augment their existing email security stack with modern API-based solutions that build custom models specifically focused on these targeted attacks.”

Attackers are moving away from decades-old approaches that use malicious links or attachments in broad-based attack campaigns, to targeted attacks where the language in the email is used to compromise a user’s trust.