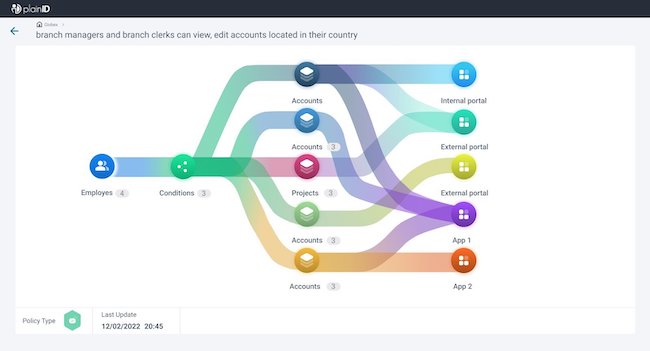 Designed to solve enterprise challenges associated with access control, PlainID’s Cloud-first, Authorization-as-a-Service Platform has been architected both for scale and to meet the performance demands of companies.

This release also introduces PlainID’s Visual Policy Map which enables administrators to visualize the impacts of policies, resulting in a better understanding of the relationships between who can access what and when.

PlainID helps businesses advance and modernize by connecting people with the digital assets they need to do their jobs, accomplish tasks at scale, and conduct digital commerce.

By making authorization decisions simple, smart, granular, and dynamic, PlainID helps enterprises control who can access what, when and how on whose authority.

“In the future, we believe that PlainID will be behind every connection between an identity and a digital service: monitoring, securing, and validating it. Authorization is the foundation of security: it’s the last mile that governs what people actually can do.”, Helemski continued.

Today’s organizations are challenged with balancing the demands of secure access controls, frictionless user journeys, and data privacy requirements. This product announcement marks a key milestone in PlainID’s growth and documents the relevance of authorization in the modern business.