Vulnerability disclosures impacting IoT devices increased by 57% in the first half (1H) of 2022 compared to the previous six months, according to a research by Claroty. 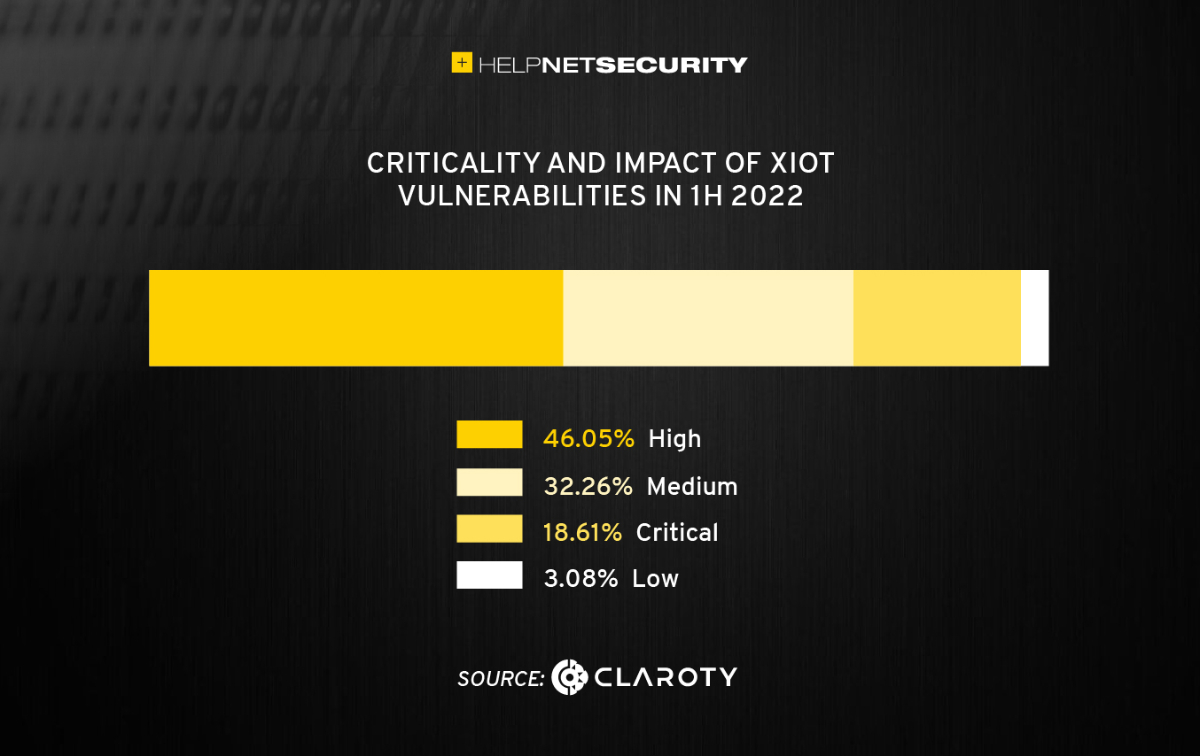 IoT devices: 15% of vulnerabilities were found in IoT devices, a significant increase from 9% in Team82’s last report covering the second half (2H) of 2021. Additionally, for the first time, the combination of IoT and IoMT vulnerabilities (18.2%) exceeded IT vulnerabilities (16.5%). This indicates enhanced understanding on the part of vendors and researchers to secure these connected devices as they can be a gateway to deeper network penetration.

Vendor self-disclosures: For the first time, vendor self-disclosures (29%) have surpassed independent research outfits (19%) as the second most prolific vulnerability reporters, after third-party security companies (45%). The 214 published CVEs almost doubles the total in Team82’s 2H 2021 report of 127. This indicates that more OT, IoT, and IoMT vendors are establishing vulnerability disclosure programs and dedicating more resources to examining the security and safety of their products than ever before.

The report also revealed a significant increase in fully or partially remediated firmware vulnerabilities (40% in 1H 2022, up from 21% in 2H 2021), which is notable given the relative challenges in patching firmware due to longer update cycles and infrequent maintenance windows. This indicates researchers’ growing interest in safeguarding devices at lower levels of the Purdue Model, which are more directly connected to the process itself and thus a more attractive target for attackers.

Volume and criticality: On average, XIoT vulnerabilities are being published and addressed at a rate of 125 per month, reaching a total of 747 in 1H 2022. The vast majority have CVSS scores of either critical (19%) or high severity (46%).

Impacts: 71% have a high impact on system and device availability, the impact metric most applicable to XIoT devices. The leading potential impact is unauthorized remote code or command execution (prevalent in 54% of vulnerabilities), followed by denial-of-service conditions (crash, exit, or restart) at 43%.