Fuzz testing helps developers protect their applications against memory corruptions, crashes that cause downtime, and other security issues, including DoS and uncaught exceptions. 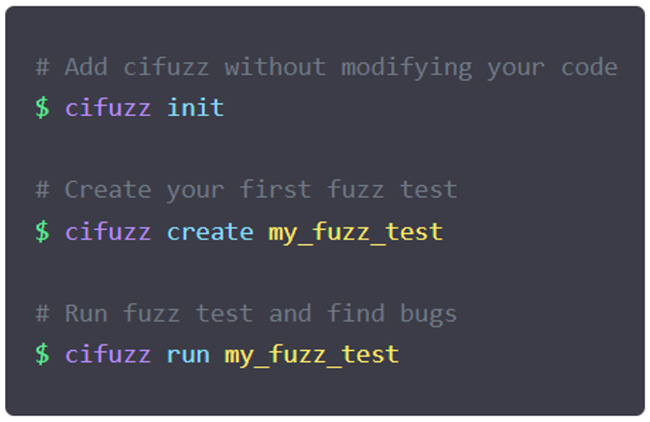 However, fuzz testing remains new to most developers outside the OSS and security community. A recent study among Go developers indicates that less than 12% of all participants use fuzz testing at work, citing a lack of understanding as well as challenges with implementation as key reasons for low adoption.

“We wanted to reduce the complexity of using fuzz testing,” said Werner Krahe, Product Director of Code Intelligence: “Fuzzing should become as easy as unit testing. That’s why we wanted to build a tool that all developers could use right away, without having to spend too much time with the documentation and without having to be a proven expert in software security testing.”

“Usability was key in the development of the CI Fuzz CLI. It was important to us, that developers become able to run fuzz tests in their own development environment. That’s why we’ve made it possible to integrate the CI Fuzz CLI into common IDEs, such as Visual Studio Code and CLion. We also emphasized self-explanatory outputs and error messages. The tool provides you with full track traces for your findings and all the necessary information, to reproduce and fix the issues,” Krahe told Help Net Security.