The age of caller ID hasn’t entirely lived up to its promise, because it’s still not clear whether a call is truly important. Some 86% of Americans report they only answer calls if they can identify the person or business calling. Now they don’t have to make the distinction on their own. 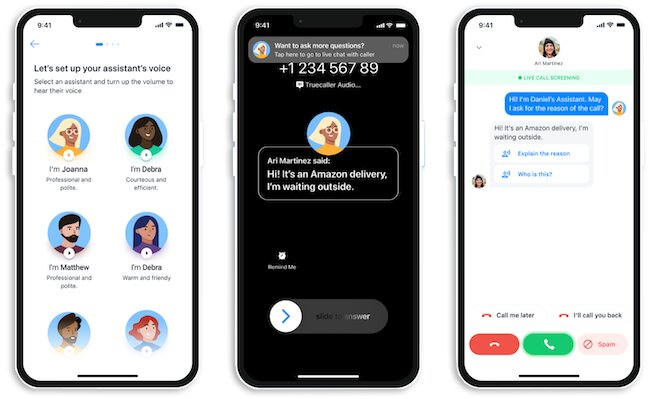 Truecaller Assistant, available on both Android and iOS, is a customizable, interactive, digital receptionist that empowers users to answer important calls and avoid unwanted ones.

Assistant responds within a second and understands caller requests with >90% accuracy. You can see a live transcription of what the caller is saying, so you know who they are and why they’re calling. Then you can decide if you want to take over the call, mark it as spam, or ask the caller for more information with the tap of a button.

“Assistant is a game changer for the global market because it does so much more than simply block robocalls. Until now, you had to make a split-second decision as to whether you think a call is important,” said Alan Mamedi, Co-founder and CEO at Truecaller.

“Assistant focuses on what the caller is saying to filter out the robocalls and spam so you know whether the call is worth your time or not.”, Mamedi continued.

With Truecaller Assistant, parents don’t have to potentially ignore calls from their children’s schools or programs, travelers don’t have to miss important updates from airlines or hotels, and merchants can field inbound inquiries with ease.

“We created Assistant because spam and scams have increased so much that Americans are overcorrecting and simply not answering their phones at all,” said Raphael Mimoun, Cloud Telephony Product Director at Truecaller.

“Assistant leverages technology other call screeners lack, so it becomes more clear which calls you want to engage with and which you may want to ignore.”, Mimoun continued.