Exabeam released a cloud-native portfolio of products that enables security teams everywhere to Detect the Undetectable. 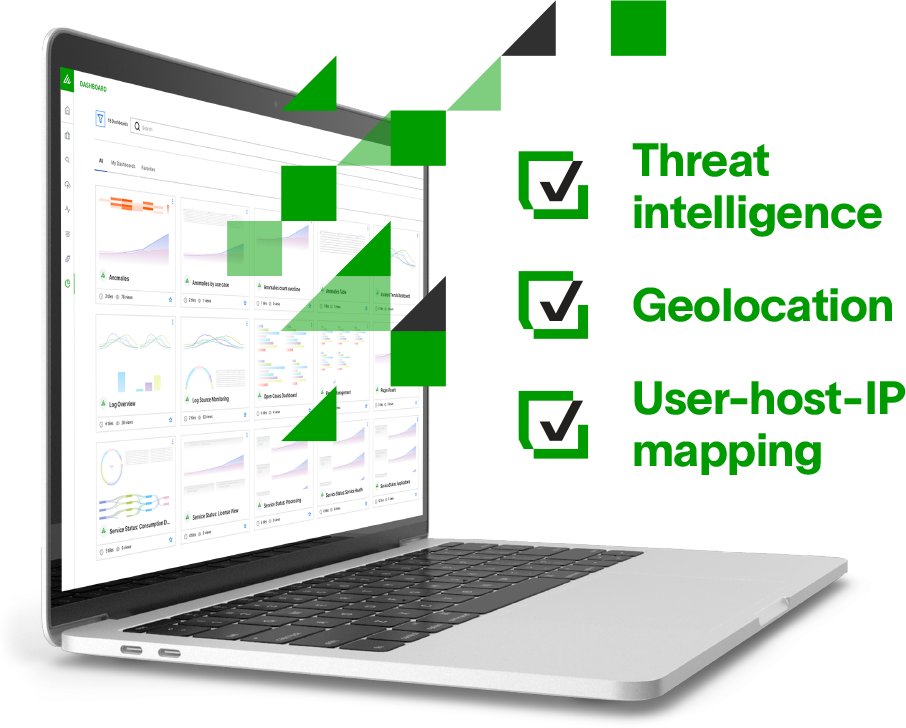 “Security operations teams have faced difficulty defending against complex threats and evolving adversarial behavior because technology innovation has not kept up in the realm where big data meets cybersecurity,” said Michael DeCesare, CEO and President Exabeam.

“Exabeam is known for having the best behavioral analytics product on the market — it’s why so many of the world’s largest organizations count on Exabeam every day to help stop adversaries, including the majority now utilizing valid credentials. We are marrying behavior analytics with the world’s most modern, hyperscale, cloud-native data lake to ingest, parse, store, and search data in real time from anywhere. The SIEM industry has been ripe for evolution for some time and New-Scale SIEM represents that evolution.”

Significantly more affordable than competitive offerings, the new Exabeam cloud-native product portfolio is built on an open platform that integrates with more than 500 different third-party products and includes nearly 8,000 pre-built parsers, greatly reducing onboarding, deployment, and run times. An industry-first, security teams can now search query responses across petabytes of hot, warm, and cold data in seconds. Organizations can now also process logs at sustained speeds of over one million events per second.

“The Exabeam Security Operations Platform and portfolio of products are designed like no other on the market. We deliver the single solution security operations analysts can count on to conduct accelerated, thorough threat detection, investigation, and response (TDIR) with the most consistent and successful outcomes,” said Adam Geller, Chief Product Officer, Exabeam.

“We provide security teams with a holistic picture of their environment –– data from core security products, IT infrastructure, and business applications joined with critical user and device context and timely threat intelligence data –– to detect what competitive SIEMs simply can’t. In addition to our industry-leading behavioral analytics, we’re proud to deliver world-class security log management and new modular SIEM solutions for organizations at all stages of their data growth and security journey.”

Organizations can use Exabeam to defend against the rising threat of external and internal attacks that in today’s world are more often than not leveraging compromised credentials.

More than 750 behavioral models power 1,200 anomaly detection rules in Exabeam to baseline normal behavior for every user and device. This is beyond anything a legacy SIEM can possibly create with correlation rules. For example, for an organization with basic logging, 20,000 users, and 50,000 assets, Exabeam can dynamically build and update 50 million unique detection rules.

According to the 2022 Verizon DBIR, over 90% of breaches are rooted in compromised credentials. Whether it’s phishing, ransomware, malware, or other external threats, valid credentials have emerged as the adversaries’ primary target. This combined with explosive amounts of data demands a shift in investment from legacy on-premises, rule-based detections to cloud-native SIEM platforms that uniquely understand normal behavior, even as normal keeps changing.

“It’s all about the credentials. Today’s announcement takes Exabeam, our customers, partners, and the SIEM market into an entirely new stratosphere,” said Ralph Pisani, President, Exabeam. “Detecting stolen or misused credentials –– and the abnormal behavior that follows –– is not possible without understanding normal behavior. If you don’t know normal behavior for every single user and device in your environment, understanding abnormal behavior in your organization is a near impossible undertaking –– this is a fundamental capability that only Exabeam can deliver on at scale.”

Whether replacing a legacy product with New-Scale SIEM, or complementing an ineffective third-party SIEM solution by adding the industry’s most powerful behavioral analytics and automation to it, Exabeam can help organizations achieve security operations success.

“Exabeam is our holistic security operations platform that provides and coordinates automated visibility, detection, analytics, investigation, and response across our key operating environments,” said Jerry Larsen, IT Security Manager, Patrick Industries. “We have several ERP systems that all need to be protected and Exabeam does the job better than any legacy SIEM we looked at –– we’re excited to be an Exabeam customer and part of their innovation machine.”

“At NEC Australia, securing our data, users, devices and infrastructure are paramount to how we operate as a technology company. Having broad and accurate visibility of our IT environment as well as the ability to recognise what’s normal behavior for our users and entities is key,” said Peter Fröchtenicht, National Service Manager – Security and Compliance, NEC Australia. “Deploying Exabeam’s SIEM has enabled our team to effectively prioritize security alerts, which has freed up time for our analysts to focus on other security tasks, whilst also having a greater understanding of our attack surface and how all our employees interact with our resources.”