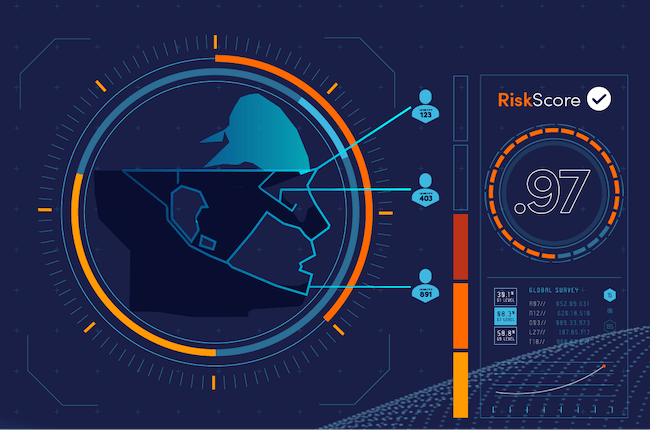 The Department of Justice has said that synthetic identity fraud is the country’s fastest growing financial crime.

Socure combines the knowledge and expertise of fraud investigators with the computational and statistical capabilities of advanced ML, making its solution effective in detecting synthetic identity fraud. A human-in-the-loop approach alleviates concerns about bias in the ML model and simultaneously enhances model performance.

The labeled data, based on actual synthetic incidents and patterns, becomes training data. Thus, the model is trained to think like a fraudster and applies this intelligence to become smarter at detecting evolving synthetic threats.

This machine-human intelligence can be used to identify synthetic identities at onboarding, account changes and uncover “sleepers” hiding within portfolios.

This synthetic-enriched data enables the creation of over 4,000 new synthetic-specific features, including patterns distinguishing between typographical errors and international manipulations on names, Social Security numbers (SSNs), and date of births (DOBs).

These new features train the ML algorithms to generate synthetic-specific patterns which inform the fraud score and result in an interpretable ML model.

Synthetic identities are cobbled together by fraudsters using a mixture of factual and falsified identity information—often with great care over months and years—to create the appearance of a credit-worthy consumer, small business or gig worker.

Typically, these synthetic identities enable criminals to open demand deposit accounts (DDAs), which they then use to perpetrate nefarious activities like money laundering, drug or human trafficking and P2P scams. This is one reason why Zelle scams, now at the center of an investigation by U.S. lawmakers, have become so costly and difficult to stamp out.

But the problem plagues far more industries than just financial services. Synthetic identities have duped consumers, government agencies, and large corporations across scores of industries. A new report by Socure estimates that synthetic fraud losses will climb to nearly $5 billion by 2024.

“Synthetic identities are one of the most illicit tools in the arsenal of fraudsters and money launderers, and they are extremely difficult to identify until now,” said Johnny Ayers, Socure founder and CEO.

“Companies must realize that tracking synthetic identities simply by flagging inconsistent information from third-party data sources is only a simple small-step in the fight. In contrast, preventing threat actors from establishing accounts via synthetic identities, or purging counterfeit identities already present in portfolios, requires a very precise and industry-leading solution like ours. If the industry unites and works together, we believe we will eradicate the wrath of synthetic fraud by 2026.”, Ayers continued.

Sigma Synthetic Fraud provides customers with far greater visibility than rival products, owing to the wide number and diversity of its data sources and known identities. The solution assimilates quality-based consortium data from its more than 1,400 customers across multiple industries—with vigorous linkage and velocity capabilities.

The new model outperforms any competitor by identifying more than 53% of synthetic fraud in just the riskiest 1% of users—with a false positive rate of 1:1 or better as we continue on our mission to deliver perfect classification.