Cybersecurity resilience is a top priority for companies as they look to defend against a rapidly evolving threat landscape, according to the latest edition of Cisco’s annual Security Outcomes Report.

Cybersecurity resilience has emerged as a top priority as a staggering 62 percent of organizations surveyed said they had experienced a security event that impacted business in the past two years.

The leading types of incidents were:

These incidents resulted in severe repercussions for the companies that experienced them, along with the ecosystem of organizations they do business with. The leading impacts cited include IT and communications interruption (62.6 percent), supply chain disruption (43 percent), impaired internal operations (41.4 percent) and lasting brand damage (39.7 percent).

With stakes this high, it is no surprise that 96 percent of executives surveyed for the report said that security resilience is high priority for them. The findings further highlight that the main objectives of security resilience for security leaders and their teams are to prevent incidents, and mitigate losses when they occur.

This year’s report has developed a methodology to generate a security resilience score for the organizations surveyed, and identified seven data-backed success factors. 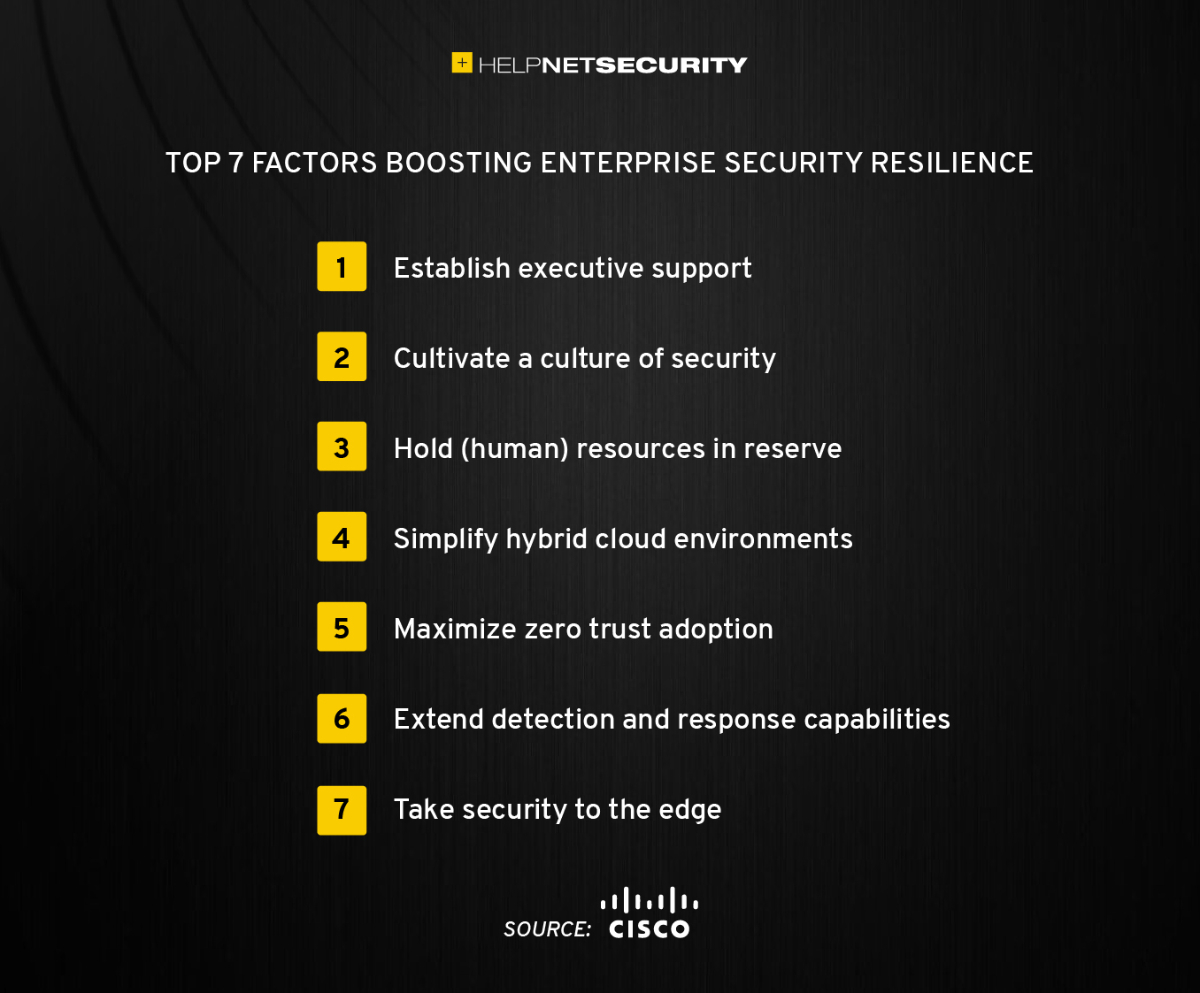 The findings of the study underline the fact that security is a human endeavor as leadership, company culture and resourcing have an oversized impact on resilience:

In addition, businesses need to take care to reduce complexity when transitioning from on-premise to fully cloud-based environments:

“The Security Outcomes Reports are a study into what works and what doesn’t in cybersecurity. The ultimate goal is to cut through the noise in the market by identifying practices that lead to more secure outcomes for defenders,” said Jeetu Patel, executive vice president and general manager of security and collaboration at Cisco.