Malware continues to pose the greatest threat to individuals and businesses across nine key industries, with manufacturing, education and healthcare being the most commonly targeted, according to Zscaler. 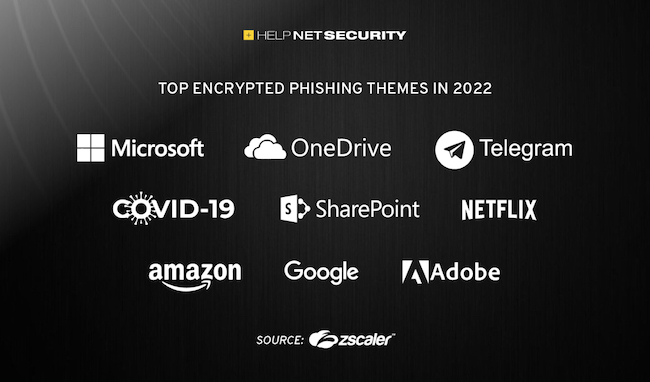 Encrypted attacks remain a significant problem for countries around the globe, with the U.S., India and Japan seeing the biggest increases in attacks over the last 12 months. In addition, South Africa has seen a notable increase in TLS/SSL attacks compared to 2021.

“As organizations mature their cyber defenses, adversaries are becoming more sophisticated, particularly in their use of evasive tactics,” said Deepen Desai, CISO and VP of Security Research and Operations at Zscaler.

“Potential threats continue to hide in encrypted traffic, empowered by as-a-service models that dramatically reduce the technical barriers to doing so. It is critical for organizations to adopt a cloud-native zero trust architecture that allows consistent inspection of all internet bound traffic and effectively mitigate these attacks,” Desai continued.

Malware is king among cybercriminals

While cybercriminals hide a variety of attack tactics in encrypted traffic, malware continues to be the most prevalent. Malicious scripts and payloads used throughout the attack sequence make up nearly 90% of the encrypted attack tactics blocked in 2022. This category includes ransomware, which remains a top concern for CISOs as ransomware attacks have increased 80% year over year.

The five countries most targeted by encrypted attacks include the U.S., India, South Africa, the UK and Australia. South Africa is a relative newcomer to the list, soaring to the top in 2022 after bumping France from its 2021 top-five ranking. Japan (613%), the U.S. (155%) and India (87%) also saw a significant uptick in targets year over year.

Manufacturing and education continue to produce the biggest risk

Not all industries are targeted by encrypted attacks at the same rate, with businesses deploying legacy security solutions often falling victim more often than others. This year, the manufacturing industry saw a 239% increase in these types of attacks, displacing technology as the most targeted type of business in 2022.

Manufacturing remains an attractive target for cybercriminals because of significant transformation occurring across the industry in recent years, including the adoption of new safety measures to manage COVID-19, and infrastructure and applications to counteract supply chain issues.

However, adopting new applications, products and services has increased the attack surface for manufacturing businesses, leaving many open to new vulnerabilities that must be addressed in the future.

The next closest industry to see the largest jump in attacks was education, with a 132% increase year over year. Education remains a notable target for the second year in a row, with a 50% increase in attacks from 2020 to 2021. Industries like education and manufacturing benefit most from zero trust architecture, which enables inspection of all internet bound traffic to identify suspicious activity and mitigate the growing risk of encrypted attacks.

On a positive note, in 2022, attacks against government organizations and retail decreased by 40% and 63%, respectively. Retail endured a major spike in encrypted attacks in 2021 as attackers took advantage of pandemic-driven e-commerce trends, but these have normalized in the past year.

Cybercriminals are continuing to evolve their tactics to avoid detection and slip past information security teams. Today, most attacks leverage SSL or TLS encryption, which is resource intensive to inspect at scale, and best done using a cloud-native proxy architecture.

While legacy firewalls support packet filtering and stateful inspection, their resource limitations make them poorly suited for this task. This creates a critical need for organizations to implement cloud-native architectures that support full inspection of encrypted traffic in alignment with zero-trust principles.

Businesses looking to minimize the risk of encrypted attacks should consider these recommendations as part of their adoption strategy: