Cybercriminals understand there is greater value in selling a corporations’ proprietary information and trade secrets which have little to no protection making intellectual capital their new currency of choice, according to McAfee and SAIC.

The cyber underground economy is making its money on the theft of corporate intellectual capital which includes trade secrets, marketing plans, research and development findings and even source code.

McAfee and SAIC surveyed more than 1,000 senior IT decision makers in the U.S., U.K., Japan, China, India, Brazil and the Middle East. Their study reveals the changes in attitudes and perceptions of intellectual property protection in the last two years. The findings revealed which countries were perceived as the least safe to store corporate data, the rate at which organizations are experiencing breaches and the response rate to prevent or remediate data breaches. 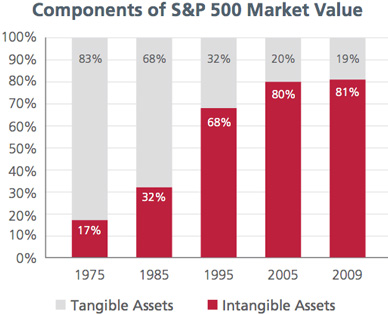 “Cybercriminals have shifted their focus from physical assets to data driven properties, such as trade secrets or product planning documents,” said Simon Hunt, VP and CTO, endpoint security at McAfee. “We’ve seen significant attacks targeting this type of information. Sophisticated attacks such as s Operation Aurora, and even unsophisticated attacks like Night Dragon, have infiltrated some of the of the largest, and seemingly most protected corporations in the world. Criminals are targeting corporate intellectual capital and they are often succeeding.”

Key findings from this year’s report include the following:

Device management a current challenge – One of the greatest challenges organizations face when managing information security is the proliferation of devices, such as iPads, iPhones and Androids. Securing mobile devices continues to be a pain point for most organizations, with 62 percent of respondents identifying this as a challenge. Concurrently, the report shows the most significant threat reported by organizations when protecting sensitive information is data leaks.