There are many books on network certification, this one tells you what to do once you’ve passed the exam and out in the real world. 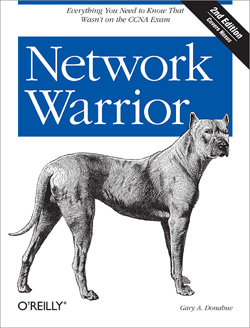 Network Warrior, Second Edition teaches readers about real world networking – what they can do after they’ve passed the certification exam, and realize that all the theory won’t help them on the job.

This edition has been revised and updated for the newest Cisco technology.