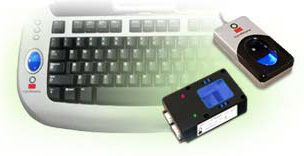 These devices are increasingly being used around the world in Civil ID applications such as voting, benefits-checking and micro-finance.

Many emerging countries are turning to biometrically-enabled mobile ID terminals in an effort to combat fraud in delivering essential services such as voting, benefits, pensions and banking. These devices were initially used for military and law enforcement, but the rapid growth of Civil ID programs is creating demand for smaller, more affordable versions that deliver high-quality identification.

Such handheld terminals, which are typically battery-powered and used in harsh environments, provide a reliable and cost-effective way for verifying a person’s identity wherever services are accessed. The new U.are.U 5100 family of touch-style fingerprint sensors is specifically tailored to fit the unique form-factor, power, usability and durability requirements of these devices, including:

Low Power – The U.are.U 5100 gives applications fine-grained control over the operations of the biometric sensor and user-feedback lights, extending the battery life of mobile devices.

Compact Size – The embeddable U.are.U 5100 fingerprint module is one of the most compact standards-compliant optical fingerprint sensors on the market, measuring only 52mm (L) x 31.4mm (W) x 15.8mm (H), enabling new generations of mobile ID devices to be smaller and lighter.

Landing Lights and Status LEDs – As a finger approaches the U.are.U 5100, ergonomic blue “landing lights” help guide the user for simple, accurate fingerprint scans; applications can also use red and green status lights built into the sensor itself to provide immediate feedback without the need for a separate display screen.

High Durability – Built for use in demanding environments, the optical-technology U.are.U 5100 has a hard glass, IP64-rated imaging surface that is sealed against dust and liquids.

Easy to Program – DigitalPersona’s new U.are.U software development kits (SDKs) for mobile and PC operating systems give application developers full control over the capabilities of both the new U.are.U 5100 series and the company’s existing U.are.U 4500 series of fingerprint sensors.