Absolute Software Corporation takes a look back at some of its most unforgettable computer theft recovery cases. They’ve seen it all – helping local police to prevent illegal activities and keeping consumers and businesses out of high-risk situations. 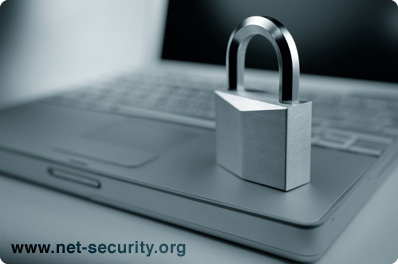 “The theft of computer and tablet devices happens every day around the world. In fact, according to the Ponemon Institute, a laptop is stolen at a U.S. airport every 50 seconds. That statistic means that more than 6,900 laptops will be stolen from airports in the United States during the four days of CES 2012,” said John Livingston, Chairman and CEO of Absolute.

From the good, the bad, and the downright dangerous, here are the “Best Of” recovery stories:

Wearing business-casual clothing, Eric Almly (aka the Khaki Bandit) followed unsuspecting office workers into secure buildings. Once inside, Almly targeted laptops, ultimately making off with 150 from offices in five states.

Ultimately, the stolen computers were the key to his capture, since one of the laptops had recovery technology installed and activated. By using this information, the police were led directly to Almly who was immediately arrested.

Dumbest criminal: taken down by take-out

A suspect was using a stolen computer for credit card fraud, identity theft, and food delivery orders. Absolute was able to provide information to police so they could identify and locate the suspect. While the suspect denied having a stolen laptop, his garbage said otherwise.

Using key captures they determined the name of a restaurant that recently delivered food to his residence. Once police found the evidence, the suspect surrendered the laptop and two suspects were arrested.

An ex-employee stole a company laptop before leaving the business. Using digital forensic tools, the Absolute Theft Recovery team was able to identify the user, who was actively searching for bomb-making materials.

In addition to working directly with police, they alerted the Bureau of Alcohol, Tobacco and Firearms, and the laptop was recovered – alongside several dangerous, improvised explosive devices.

One clever laptop thief expressed interest in computer science at a local college and requested a visit to the school’s IT department. Hours later, the thief broke in to a storage room, taking an armful of computers with him.

Once the computers were reported missing, the Absolute Theft Recovery team identified the suspect using digital forensics and other investigative techniques. Faced with overwhelming evidence, the suspect admitted to the theft, and 10 counts of felony charges were brought against him.