The next version of OS X called Mountain Lion will be available this summer. Among the many new features, it will come with Gatekeeper that will help prevent users from unknowingly downloading and installing malicious software. 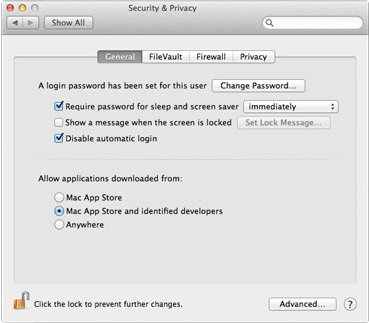 Gatekeeper is a new security feature that gives you control over which apps can be downloaded and installed on your Mac.

As part of the Mac Developer Program, Apple gives developers a unique Developer ID for signing their apps. A developer’s digital signature allows Gatekeeper to verify that their app is not known malware and that it hasn’t been tampered with.

If an app doesn’t have a Developer ID associated with it, Gatekeeper can let you know before you install it.