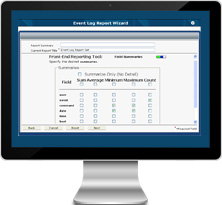 “While Linux and UNIX user accounts tend to have the most privileged access in an organization, they’re all too often being managed in silos, which presents a substantial insider threat risk,” said Jim Zierick, EVP of product operations at BeyondTrust. “The manual process of managing the multitude of separate Linux and UNIX identities increases costs and complexity, ultimately leading to compliance failures and leaving critical systems and data susceptible to security breaches.”

The solution provides a simple to use graphical interface to implement privileged access policy and the ability to log, monitor and report on all user access and activities. This approach empowers IT organizations with the ability to delegate root tasks and authorization on Linux, UNIX, and Mac OS X platforms without ever disclosing the highly sensitive root password.

PowerBroker Servers Enterprise enables audit-ready logging and reporting to deliver a solution that enables businesses of every size and industry to satisfy critical internal and external compliance requirements and regulations including SOX, HIPAA, GLBA, PCI DSS and FISMA.

Entitlement reports showing which users and groups have access to specific computers:

Daily operational reports showing users that are added or deleted