Unfortunately, a rogue malicious version of it is also being pushed onto Russian Android users, offered from a webpage that mimics the legitimate one: 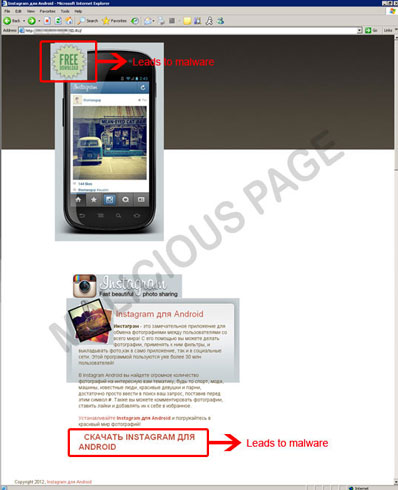 According to Trend Micro fraud analyst Karla Agregado, the same approach has been used for offering a malicious version of the recently released Angry Birds Space.

Once one of those two apps is downloaded and run, it prompts users to send an SMS message to a premium rate number in order to “activate” the app, and then connects to specific sites, likely set on downloading other malware onto the users’ device.

Event though rogue and malicious apps do sometimes find their way onto Google Play, it’s always a way safer bet to download apps from there than from third party sites.

Alternatively, users are advised to download them from the actual, legitimate website of the app’s developer. In order to do be sure they are doing that, users should always check the URL of the page before starting the download.