Offering an accessible approach to the topic, Theory of Computation focuses on the metatheory of computing and the theoretical boundaries between what various computational models can do and not do—from the most general model, the URM (Unbounded Register Machines), to the finite automaton. 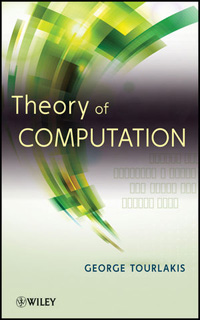 A wealth of programming-like examples and easy-to-follow explanations build the general theory gradually, which guides readers through the modeling and mathematical analysis of computational phenomena and provides insights on what makes things tick and also what restrains the ability of computational processes.

Recognizing the importance of acquired practical experience, the book begins with the metatheory of general purpose computer programs, using URMs as a straightforward, technology-independent model of modern high-level programming languages while also exploring the restrictions of the URM language.

Once readers gain an understanding of computability theory—including the primitive recursive functions—the author presents automata and languages, covering the regular and context-free languages as well as the machines that recognize these languages. Several advanced topics such as reducibilities, the recursion theorem, complexity theory, and Cook’s theorem are also discussed.

Assuming only a basic understanding of general computer programming and discrete mathematics, Theory of Computation serves as a valuable book for courses on theory of computation at the upper-undergraduate level.

The book also serves as an excellent resource for programmers and computing professionals wishing to understand the theoretical limitations of their craft.