TigerText introduced the ability to send file attachments today through an API integration with Dropbox. TigerText users will now be able to securely and instantly send PDF, Excel or Word files stored in their personal Dropbox account through the TigerText app. 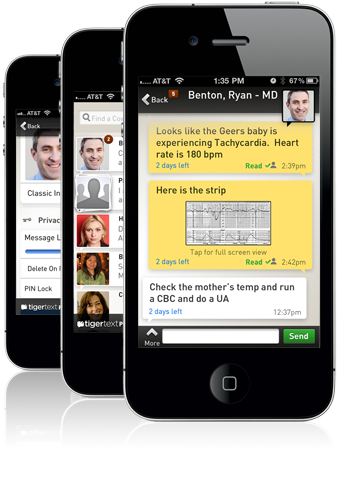 The integration delivers a solution for secure file sharing that BYOD enterprises require. Everything a user does on TigerText gives the sender maximum control, so those files sent from a user’s Dropbox account will be fully encrypted and cannot be downloaded, copied or forwarded. The files will also come with a pre-set lifespan just like any normal TigerText message.

In addition, a sender will be able to recall a file attachment on TigerText from a recipient’s device at any time. The integration of Dropbox through TigerText’s API will make sending attachments such as images, documents and spreadsheets much more efficient.

These latest enhancements of TigerText come shortly after the launch of “TT2,” TigerText’s next generation platform which introduced new product features such as group messaging and message recall along with previously developed message lifespan.

“Integrating Dropbox into TigerText is an exciting step in the expansion of our platform,” said Brad Brooks, TigerText Co-Founder. “Our users have repeatedly expressed demand for secure file sharing. Now they can share all forms of confidential information across any mobile device or computer without the worry the file could end up somewhere unintended. It is a definitive step toward making TigerText a must-have social enterprise application. More and more businesses are recognizing the value in using TigerText to combat the security issues raised by BYOD. We give enterprises peace of mind about controlling data on their employees’ phones when they communicate. While Dropbox is our first major API integration, we are working with several other developers to integrate with TigerText in the near future.”

TigerText users will easily access their Dropbox account from their mobile phone or tablet through an icon that will appear on their menu screen in the TigerText app. The Dropbox feature is currently available on TigerText’s iOS applications and will be made available on Android and Blackberry in the coming weeks.

Other features that are currently supported by TigerText include an integrated controlled message lifespan, delivery and read notifications, company directory, and group messaging.