Apple announced that OS X Mountain Lion, the ninth major release of its desktop operating system, is available as a download from the Mac App Store, available as an upgrade from Lion or Snow Leopard for $19.99. 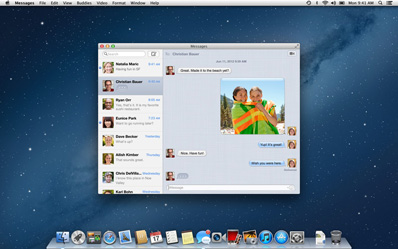 Additional features in Mountain Lion include Gatekeeper, which makes downloading software from the Internet safer; Power Nap, which automatically updates your apps and system while your Mac is asleep; and a faster Safari browser.