The threat is a highly advanced and stealthy backdoor being used to drive traffic to malicious websites carrying Blackhole exploit packs. Researchers have named the backdoor, Linux/Cdorked.A, and it is the most sophisticated Apache backdoor seen so far.

“The Linux/Cdorked.A backdoor does not leave traces on the hard-disk other than a modified “httpd” file, the daemon (or service) used by Apache. All information related to the backdoor is stored in shared memory on the server, making detection difficult and hampering analysis”, says Pierre-Marc Bureau, ESET Security Intelligence Program Manager.

In addition, Linux/Cdorked.A takes other steps to avoid detection, both on the compromised webserver and web browsers of computers visiting it. 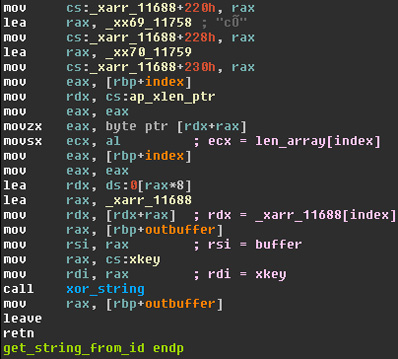 “The backdoor’s configuration is sent by the attacker using HTTP requests that are not only obfuscated, but also not logged by Apache, reducing the likelihood of detection by conventional monitoring tools. The configuration is stored in memory, meaning no command and control information for the backdoor is visible, making forensic analysis complex”, adds Righard Zwienenberg, Senior Researcher Fellow.

The Blackhole exploit kit is a popular and prevalent exploit kit using new zero day and known exploits, to take control of your system when you visit a site that is comprised and infected by the Blackhole kit.

When someone visits a compromised webserver, they are not simply redirected to a malicious website – a web cookie is set in the browser so the backdoor will not send them there a second time.

The web cookie is not set on the administrator pages: the backdoor checks the visitor’s referrer field and if they are redirected to the webpage from a URL that has certain key words in it, like “admin” or “cpanel”, no malicious content is served.

For more information read Sucuri’s blog post on this attack.