Amazon launched Login with Amazon, a new service that will enable the over 200 million active Amazon customers to securely and simply login to apps, games, and websites. 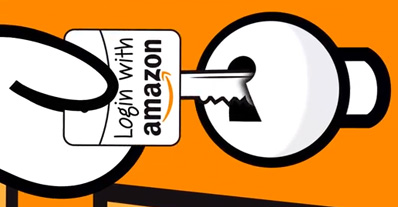 According to a 2012 Harris Interactive study, over half of all American Internet users have five or more unique passwords to remember. Login with Amazon reduces sign-in friction by eliminating the need for users to create an account and password, and instead allows them to sign-in using their existing Amazon account information. Amazon customers can choose to share certain attributes of their account profile with apps, games, and websites by using Login with Amazon.

Login with Amazon is available at no charge to developers of apps, games, and websites. The service is easy to integrate, as developers can typically go from registration to launch in a matter of hours. It is based on the OAuth 2.0 authorization framework, allowing developers to leverage a widely-adopted open protocol.

Login with Amazon is the latest offering in an array of services that make Amazon the most complete end-to-end ecosystem for developers building, monetizing and marketing their apps and games.