A British web developer has devised a proof-of-concept phishing attack that could be way more successful than the standard fake login page with the wrong URL.

Jack Shepherd created a fake browser window that mimics that of Google Chrome running on OS X, and made it warn users who are directed to surf within it to the Gmail login page that they’ve landed on a fake one: 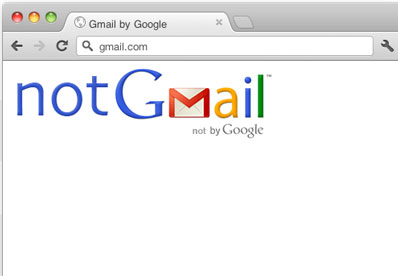 “The fake browser window is created with simple HTML and CSS, with some Javascript to intercept the ‘gmail.com’ domain and a fake page instead. All other pages are served in an iFrame,” he explained, adding that attackers could easily detect which browser and OS the victim uses, and serve the appropriate window.

Potential victims would be directed to the fake window the usual way: via a link.