McAfee Labs released a new report, highlighting the role of the “dark web” malware industry as a key enabler of the high-profile POS attacks and data breaches in the fall of 2013. 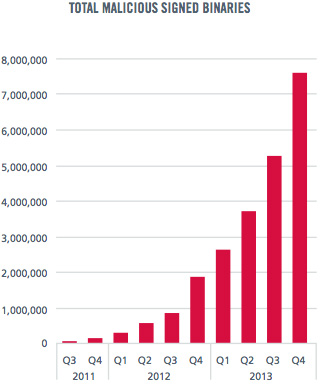 Detailed research of the high-profile Q4 credit card data breaches found that the POS malware used in the attacks were relatively unsophisticated technologies likely purchased “off the shelf” from the Cybercrime-as-a-Service community, and customized specifically for these attacks.

McAfee Labs’ ongoing research into underground “dark web” markets further identified the attempted sale of stolen credit card numbers and personal information known to have been compromised in the Q4 retail breaches. The researchers found the thieves offering for sale some of the 40 million credit card numbers reported stolen in batches of between 1 million and 4 million at a time.

“The fourth quarter of 2013 will be remembered as the period when cybercrime became “real’ for more people than ever before,” said Vincent Weafer, senior vice president for McAfee Labs. “These cyber thefts occurred at a time when most people were focused on their holiday shopping and when the industry wanted people to feel secure and confident in their purchases. The impact of these attacks will be felt both at the kitchen table as well as the boardroom table. For security practitioners, the “off the shelf’ genesis of some of these crime campaigns, the scale of operations, and the ease of digitally monetizing stolen customer data all represent a coming of age for both Cybercrime-as-a-Service and the “dark web’ overall.”

By the end of 2013, McAfee Labs saw the number of malicious signed binaries in our database triple, to more than 8 million suspicious binaries. In the fourth quarter alone, McAfee Labs found more than 2.3 million new malicious signed applications, a 52 percent increase from the previous quarter. The practice of code signing software validates the identity of the developer who produced the code and ensures the code has not been tampered with since the issue of its digital certificate.

Although the total number of signed malware samples includes stolen, purchased, or abused certificates, the vast majority of growth is due to dubious CDNs. These are websites and companies that allow developers to upload their programs, or a URL that links to an external application, and wrap it in a signed installer.

The McAfee Labs team warns that the growing number of maliciously signed files could create confusion among users and administrators, and even call into question the continued viability of the CA model for code signing.

“Although the expansion of the CA and CDN industries has dramatically lowered the cost of developing and issuing software for developers, the standards for qualifying the identity of the publisher have also decreased dramatically,” said Weafer. “We will need to learn to place more trust in the reputation of the vendor that signed the file, and less trust in the simple presence of a certificate.”

Mobile malware. McAfee Labs collected 2.47 million new mobile samples in 2013, with 744,000 in the fourth quarter alone. Our mobile malware zoo of unique samples grew by an astounding 197 percent from the end of 2012.

Ransomware. The volume of new ransomware samples rose by 1 million new samples for the year, doubling in number from Q4 2012 to Q4 2013.

Suspicious URLs. McAfee Labs recorded a 70 percent increase in the number of suspect URLs in 2013.