In a playful post on its official feed, Tumblr has announced that it’s now offering two-factor authentication to its users.

“You know how you need two keys to launch a nuclear missile? Two-factor authentication works like that. One key is your password, the other key is your cellular phone, and you need both to access your Tumblr Dashboard,” the team explained, then urged: “Keep your Dashboard safe and secure, like you do with your nuclear missile.” 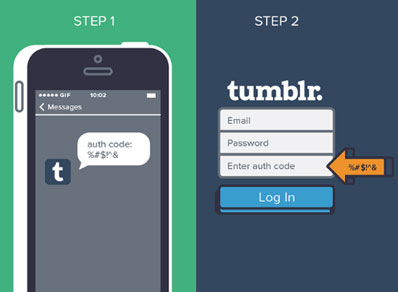 The option can be turned on via users’ account settings, and they can choose to receive the code on their phones either via text message or through an authenticator app such as Google Authenticator.

“We recommend both in case you need to use one as a backup,” they added.