In little over a week, a developer selling a security app named Virus Shield on Google Play has managed to earn over $40,000, and the software topped the list of most downloaded new paid apps. But unfortunately for those who paid for it, the app in question actually does nothing to protect the device, as the claims made by the developer are completely bogus.

“The app description says that it ‘Prevents harmful apps from being installed on your device,’ ‘scans apps, settings, files, and media in real time,’ and ‘protects your personal information.’ Oh, and it has a low impact on battery life, and has ‘No, ZERO pesky advertisements!’,” Android Police’s Michael Crider reported. “There’s just one problem: it’s a complete and total scam.” 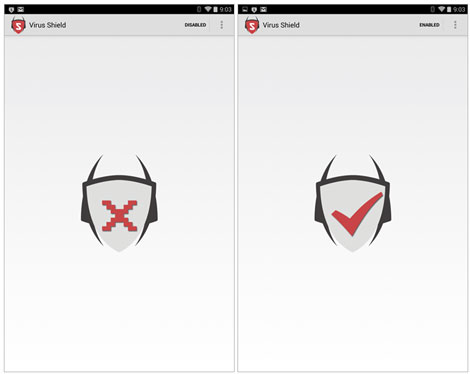 But Android Police have decompiled and analyzed the app’s code, and confirmed that it’s completely useless.

Calling it a “fraud, pure and simple,” they have tried to track down the developer, and have discovered claims of scam attempts on Sythe.org, “The Craigslist of Virtual Goods.”

“Unfortunately the wide-open nature of the Play Store means that unscrupulous people can take advantage of it,” Crider noted. “It’s somewhat disheartening that an app so obviously fake could rise to the top, especially considering that it’s paid, and possibly hundreds or thousands of people have been defrauded already.”

Since the public disclosure of this scam, the app has been removed from Google Play, but there is nothing to prevent copycats to try and repeat it.

“Any effective way of deterring outright fraudsters like this would go way beyond the basic filtering that Google is doing at the moment, and it would also make the Play Store less ‘open,’ if only marginally so,” says Crider. “That being said, it’s also clear that something needs to be done. Perhaps a more hands-on approach to monitoring apps that rise as rapidly as Virus Shield is called for.”

As a side note, Google has recently announced updates to its developer policies for its Play Store, with the aim to eliminate apps that use deceptive promotion tactics and sport potentially harmful behavior.