During 2013, Distil Networks fingerprinted and catalogued 2.2 billion bad bots, or 31 percent of the bad bots that exist in Distil’s database of 7-billion bad bots. 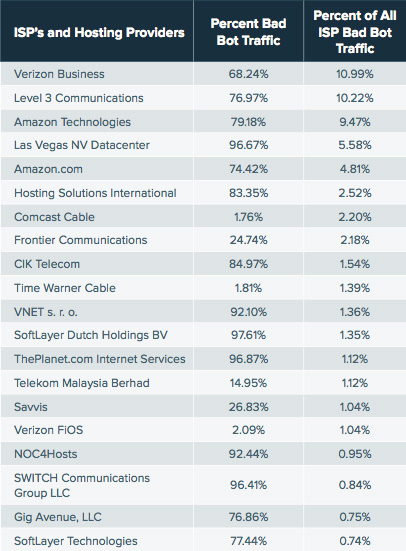 Bad bot traffic is undoubtedly on the rise. A new Distil report reveals that bad bots nearly doubled in their percentage of all web traffic between the periods of Q1 2013 and Q4 2013, jumping from 12.25% to 23.6%.

By contrast, the percentage of good bots to overall web traffic decreased over the same period, from 27.2% to 19.4%. The growth of bad bots over good bots provides a harbinger of the Internet’s future state. In fact, new bad bots continue to rise during the first three months of 2014.

With bad bots representing nearly a quarter of all web traffic, organizations are paying hefty bandwidth cost premiums to support harmful traffic. Moreover, higher bandwidth usage impacts everyone across the value chain, from ISPs to business websites and consumers worldwide.