We recently encountered a high-risk Android app detected as ANDROIDOS_STIP.A in Chile. This app, found distributed through forums and blogs, can be used to hack into the user’s RFID bus transit card to recharge the credits. What is the mechanism behind this, and what is the security risk of RFID payment cards in general?

Note: The malware samples discussed below were not obtained from the Google Play Store.

Because they are widely used, it’s no surprise that that RFID cards have become targeted by attacks. Take for instance the recent Tarjeta bip! card hacking incident in Chile. These cards are MIFARE-based smartcards; MIFARE refers to a family of chips widely used in contactless smart cards and proximity cards. 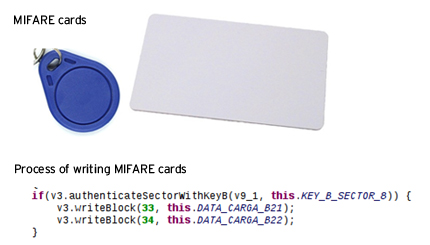 Looking at the code of the Android app, we found that if it runs on a device equipped with NFC it can read and write to these cards. The malicious app writes predefined data onto the card, raising the user’s balance to 10,000 Chilean pesos (approximately 15 US dollars). This particular trick will only work with this particular fare card, since it relies on the format of the card in question.

How was the tool’s author able to rewrite the card’s information despite not having the correct authentication keys? This is because these cards are based on an older version of the MIFARE series of cards (MIFARE Classic), which is known to have multiple security problems. An attacker is able to clone or modify a MIFARE Classic card in under 10 seconds, and the equipment (such as the Proxmark3), together with any needed support, is sold online. 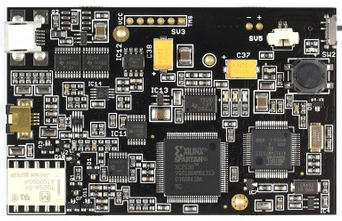 Using widely available tools, the attacker cracked the card’s authentication key. With the cracked key and the native NFC support in Android and the device, cloning a card and adding credits can be easily implemented in a mobile app. 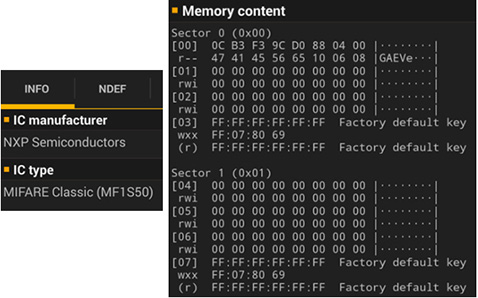 Figure 3. Manufacturer and memory content of a MIFARE Classic card

Attacks on other kinds of MIFARE cards (specifically, MIFARE DESFire and MIFARE Ultralight) are known to exist. We know of at least three vulnerable cards which we have: a social security card with banking service, a payment card for transportation and shopping, and a dining card. The social security card has approximately seven million users.

The dining card uses MIFARE Classic cards, and our testing revealed the on-card credits can be manipulated. The two other cards are MIFARE DESFire cards, which are vulnerable to side-channel attacks. The cryptosystems in these cards leak information if the power used is monitored; the keys can be recovered within seven hours. If the issued keys are not random, customer cards can be cloned or manipulated similarly to MIFARE Classic cards. Or even worse, credits can also be manipulated within a NFC-enabled mobile device.

These particular MIFARE models were discontinued years ago and supplemented with more secure models. However, it appears that card issuers have opted for cheaper solutions which put their customers at risk. NFC

We recommend customers take steps to protect RFID cards in their possession. They should also periodically check the balances of their accounts as well. In addition, if possible, they should check if any cards they are currently using are vulnerable and report these to their providers. RFID/NFC attacks are a well-known risk; in the past we have provided tips both to end users and businesses on how to use NFC safely.