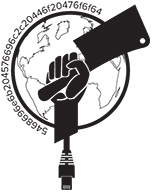 Cylance identified coordinated attacks by hackers based in Iran on more than 50 targets in 16 countries around the globe. Victim organizations were found in a variety of critical industries, with most attacks on airlines and airports, energy, oil and gas, telecommunications companies, government agencies and universities.

Through custom and publicly available tools that use, among other methods, SQL Injection, spear phishing, water holing attacks and hacking directly through public websites, the attackers were able to extract highly sensitive and confidential materials and compromise networks with persistent presence to such a severity that they have control over networks of victims in 16 countries.

“We discovered the scope and damage of these operations during investigations of what we thought were separate cases,” said Stuart McClure, CEO of Cylance. “Due to the choice of critical infrastructure victims and the Iranian team¹s quickly improving skillset, we are compelled to publish this report. By exposing our intelligence on Cleaver, we hope the information we share can reveal the techniques and tools of this group, drawing global attention to attacks on critical infrastructure and preventing attacks which could endanger human lives.”

The attackers extracted large amounts of data, including swaths of sensitive employee information and schedule details; identification photos; information about airport and airline security; and PDFs of network, housing, telecom, and electricity diagrams suggesting the attacks may have other motives than financial or intellectual property.

The targets belong to one of five groups:

Oil and Gas/Energy/Chemical – Targets discovered include a company specializing in natural gas production, electric utilities organizations, as well as a variety of oil and gas providers. This group was a particular focus of the hackers.

Government/Defense – Targets discovered include a large defense contractor and major U.S. military installation. Cylance can confirm one of those targets was San Diego¹s Navy Marine Corp Intranet, where unclassified computers were hacked.

Education/Healthcare – Targets discovered include multiple colleges and universities, often with an emphasis on medical schools. Large amounts of data on foreign students have been taken, including images of passports and social security cards.

The report Ã‚Â­is titled “Operation Cleaver” because the Cleaver name was included several times in the custom software used in the cyber hacks Ã‚Â­ covers more than two years of attacks by individual contractors and a hacking team fronting as a construction engineering company based in Tehran.