RiskIQ found that more than 40,000 of the 350,000 apps which reference banking in the world’s top 90 app stores contain malware or suspicious binaries. Meanwhile, of these 40,000 suspicious apps, the following number exhibited dangerous permissions. 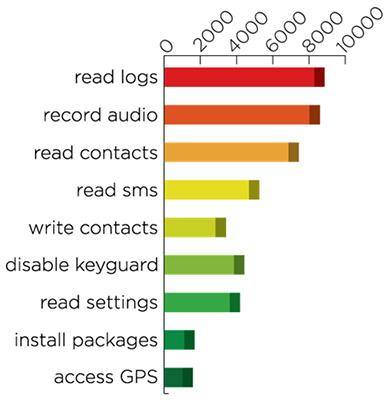 “Mobile banking is now a way of life for most people. It also presents a lucrative opportunity for criminals to commit fraud. One of the easiest ways to steal a victim’s login and other personal information is using malware and apps with excessive permissions,” said Elias Manousos, CEO of RiskIQ.

“These findings show that criminals are using look-a-like banking apps to distribute malware and capture data on the device in order to commit crimes. Policing app stores for malicious apps and taking them down is a never ending battle for banks, and any other brand that uses the mobile channel to interact with customers,” Manousos added. 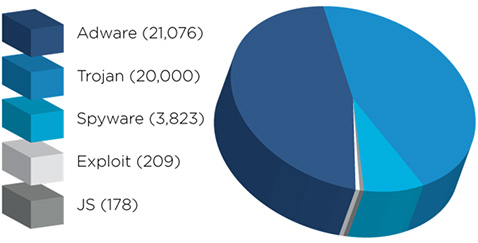 The results were gathered by the RiskIQ platform, which continuously monitors mobile application stores and websites using software agents that emulate human behavior, to detect suspect applications, application tampering and brand impersonation. Apps were labeled suspicious based on whether they contained malware or suspicious binaries identified by a consortium of 70 anti-virus vendors.

Of the more than 40,000 mobile apps listed as suspicious: