RSA Conference, the premiere series of global events, will once again set the stage for the world to talk – and challenge – information security trends for 2015, with its annual U.S. event being held from April 20-24 in San Francisco. 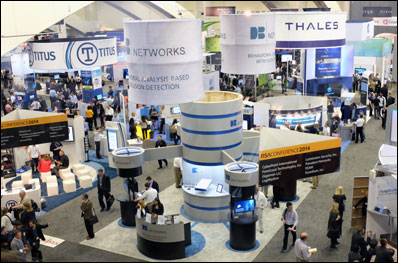 The conference is one of the largest of its kind with tens of thousands of security professionals, hundreds of media personnel and analysts, and hundreds of exhibitors attending every year. The 2015 event will be bigger and better than ever with many popular features returning as well as plenty of new types of sessions and content for attendees.

As always, the conference will feature world-class speakers and keynotes that drive to the heart of what information security professionals care about. Some of the topics will include: intelligence and information sharing (i.e., standards, legalities, emerging policy considerations, and organizational strategies), the Internet of Things, big data, consumer privacy, the supply chain ecosystem, DevOps, cloud storage and computing, and, of course, passwords.

These topics and others will serve a wide range of industries such as information technology, government, financial services, manufacturing, software, healthcare, education, retail, and mobile technology and apps among others.

Some of the program highlights at RSA Conference 2015 will include:

Innovation Sandbox Contest 10-year Anniversary and The Sandbox – Kicking off on Monday, April 24, the popular Innovation Sandbox Contest will celebrate its 10-year anniversary and culminate with one finalist being named “RSA Conference 2015’s Most Innovative Company.” After the winner has been announced, the Innovation Sandbox Contest area will evolve into The Sandbox, an experiential space designed to immerse attendees in multiple dynamic, learning and networking opportunities. Attendees will take part in programs like: SANS NetWars, a hands-on, interactive learning scenario; a live Industrial Control Systems (ICS) display; a demonstration of Joe Grand’s JTAGulator, an open source hardware tool that assists in identifying on-chip device connections; and, a CSI digital crime lab.

Peer2Peer and Crowdsourced Sessions – In addition to the regular lineup of sessions on the industry’s hottest topics, RSAC is bringing back its popular Peer2Peer sessions and introducing Crowdsourced sessions this year. Peer2Peer sessions are highly interactive gatherings for attendees to explore various security issues with others that share common interests. Space is limited for these popular sessions so it will be important to sign up early. A new feature for 2015, Crowdsourced sessions will be voted on by peers and a panel of industry experts and will be open to all badge types.

RSAC TV – This year, RSAC will be launching its very own onsite recording studio. RSAC TV programming will feature the best of RSA Conference content distilled into concise and engaging presentations. Speaker interviews and RSAC Studio sessions will be recorded throughout the week. Attendees can even join the live studio audience to hear from some of the best minds in information security.

And that’s a few of the exciting, innovative programs RSAC has planned for 2015. For more information about the conference or to register, go here.