CISOs foresee cyber terrorism and cybercrime posing significant risks to their organizations over the next three years, according to Raytheon and the Ponemon Institute. 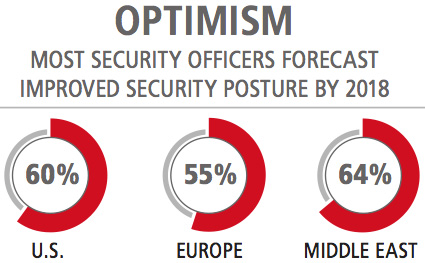 The survey of 1,006 cyber security CIOs, CISOs and senior IT leaders also found a lack of resources and a critical disconnect between CISOs and senior leadership are preventing companies from addressing the growing cybersecurity threats.

Among the findings were also some signs of optimism, as a majority of those surveyed believe cybersecurity awareness through training will improve over the next three years. The survey of information security professionals from across the globe further indicated that most security professionals expect their organization’s cyber posture to improve during that same timeframe. 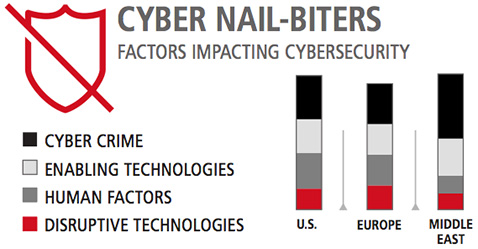 Current state of cybersecurity across industries:

Anticipated cyber trends across industries in the next three years:

“You don’t have to wait until you’re attacked to take cybersecurity seriously,” said Jack Harrington, vice president of cybersecurity and special missions at Raytheon Intelligence, Information and Services. “From the board room to the President’s desk, rallying around the cybersecurity issue is critical to address the real threats we face as a global society.