Youri van der Zwart is running HITB Haxpo – a free exhibition for hackers, makers and software developers taking place alongside the Hack In The Box conference in Amsterdam, 27th – 29th May 2015.

Introduce the HITB Haxpo to our readers.
The Haxpo is an exhibition for hackers, makers, software developers and outside-the-box-thinkers. More than just ‘yet another technology expo’, we have areas featuring EU hackerspaces showing off their on-going projects, a lock picking village where you can learn more about physical security limitations, a soldering lab, a capture the flag hacking competition, a developer hackathon, areas for startups, plus a main exhibition area with enterprise and consumer tech.

As the Haxpo is completely open to public with visitors from a wide age group, we aim to have ‘something for everyone’ – whether you’re tech savvy or otherwise, you’ll find exhibits you’re meant to interact with and areas for you to get your hands dirty and actively involved.

Our soldering workshops are taught by the world-famous Mitch Altman, creator of TV-B-Gone who has already taught thousands the ins and outs of soldering. We have lock picking tutorials by the folks from TOOOL Netherlands where you can bring your own lock from home to see how robust it is. This year we also have a workshop by the guys from Relayr which will allow you to dive head first into the wonderful world of IoT. 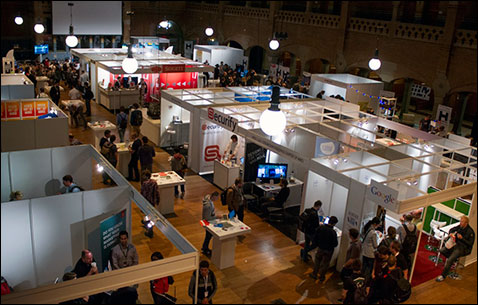 Last year we’ve seen a lot of parents bringing their kids to the HITB Haxpo. What content can we expect for the youngest attendees this year?
How about a talk given by a 9-year old? That’s right, Reuben Paul who’ll be one of our highlight speakers this year (the Haxpo equivalent of a keynote in other conferences) is not only a CEO of his own security firm, he’s been making his round keynoting at other conferences in the US and abroad since he was 8! To say he’s pushing the perception boundaries is an understatement and we think Reuben’s story really brings home the message that we’re trying at Haxpo – that _anyone_ can be a hacker, maker, breaker or builder! Hacking is a state of mind.

We’ve also got a retro gaming area which kids and adults will certainly enjoy with super-sized game controllers and more games within 20 square meters than you will ever see.

What speakers and workshops would you highlight?
Apart from the highlight speakers, we’re actually still in the midst of collecting presentation proposals for the rest of the Haxpo briefings. We’re looking for a diverse set of talks so whether you’re working on hardware hacking your toaster to connect to your dishwasher or if you’ve invented the next Bitcoin or ToR protocol, then we want to hear from you!

Please see our Haxpo call for papers page for details on how to submit.