The time has come for Google to add some more hoops for Android app developers to jumpt through in order to get their offering accepted to the Google Play store.

The first change is meant to block the publishing of inappropriate, suspicious and potentially malicious app: when a developers submits an app for publication, Google will now inspect it both automatically, via the store’s built-in malware scanner, and then manually.

“Several months ago, we began reviewing apps before they are published on Google Play to better protect the community and improve the app catalog. This new process involves a team of experts who are responsible for identifying violations of our developer policies earlier in the app lifecycle,” explained Eunice Kim, Product Manager for Google Play.

“We value the rapid innovation and iteration that is unique to Google Play, and will continue to help developers get their products to market within a matter of hours after submission, rather than days or weeks. In fact, there has been no noticeable change for developers during the rollout,” she reassured, adding that they will also be provided more insight into why their apps are rejected or suspended, so that they can fix the problem and resubmit them.

The second change involves developers completing a content rating questionnaire for each of their apps and games, so that they can be fit in a category according to the appropriateness of their content. 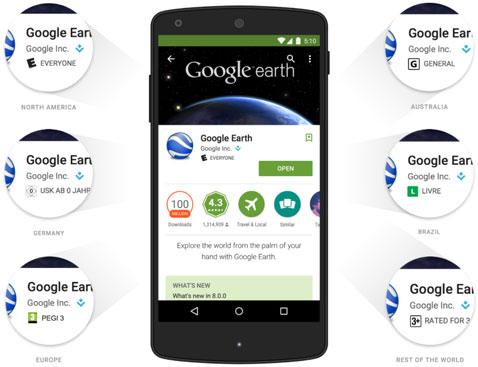 “We know that people in different countries have different ideas about what content is appropriate for kids, teens and adults, so today’s announcement will help developers better label their apps for the right audience,” said Kim.