RSA Conference announced the 10 finalists for its annual Innovation Sandbox Contest. The competition is dedicated to encouraging out-of-the-box ideas and the exploration of new technologies that have the potential to transform the information security industry. 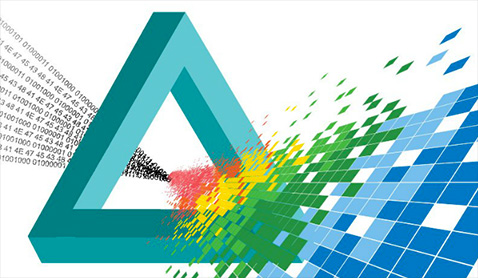 The 2015 event marks 10 years since the event launched at RSA Conference 2005 as Innovation Station. Past winners include Sourcefire, Imperva, and most recently RedOwl Analytics.

On Monday, April 20, 2015, each of this year’s finalists will demonstrate its technology to conference attendees, as well as a judging panel that includes:

The finalists will also deliver a short presentation to the judges who will determine the “Most Innovative Company at RSA Conference 2015.

The finalists for “Most Innovative Company at RSA Conference 2015” (in alphabetical order) are:

Bugcrowd
Bugcrowd’s Crowdcontrol management platform centralizes communication and submission triage between companies and security researchers around the world, letting them review, validate and reward researchers in a timely and organized fashion. Crowdcontrol streamlines the submissions in one place, and allows multiple analysts to easily mark and track statuses on its secure platform.

NexDefense
NexDefense’s Industrial Network Anomaly Detection solution, Sophia, is a patent-pending technology that helps operators of automation and control systems quickly identify and respond to potentially malicious behaviors. Sophia automatically discovers all active devices on the control system network and provides a live visual representation of the network activity, which allows users to continuously monitor the networks in order to alert on all unexpected or anomalous events.

SecurityDo
SecurityDo’s Fluency is the first breach information event management system, which determines security breaches early. Fluency discovers and tracks failures from security prevention devices by cross correlating event data with alerts and providing real time interactive search. As one of five companies will have a breach, Fluency answers the question, “Did my security protect me?”

Ticto
Ticto makes the next generation ID badge: the tictopass, a patent-pending smartcard with a large e-paper screen and color lights that continuously display secure visual passwords. With tictopass, any person can visibly and securely identify those in a crowd who have valid credentials and permissions. The tictopass is “visual crowd authentication” for any work, safety or security environment.

Vectra Networks
The Vectra Networks X-series platform is a new class of advanced persistent threat (APT) defense delivering real-time detection and analysis of active network breaches. Vectra technology picks up where perimeter security leaves off by providing deep, continuous analysis of both internal and Internet network traffic to automatically detect all phases of a breach as attackers attempt to spy, spread, and steal within a target network.

Waratek
Waratek’s AppSecurity for Java protects applications from sophisticated attacks without having to install network devices or make code changes. AppSecurity for Java embeds security into the Java run-time layer, not in the app itself. A granular security rules engine provides monitoring and control of all key application behaviors to virtually patch legacy vulnerabilities, and identify and optionally block attacks, with minimal performance impact.