A coder that goes by the online handle “Hephaestos” has shared with the world a Python script that, when put on an USB thumb drive, turns the device in an effective kill switch for the computer in which it’s plugged in. 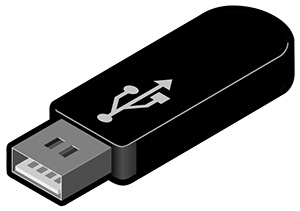 USBkill, as the programmer dubbed it, “waits for a change on your USB ports, then immediately kills your computer.”

The device would be useful “in case the police comes busting in, or steals your laptop from you when you are at a public library (as with Ross [Ulbricht]),” Hephaestos explained.

Using a cord to attach the USB key to one’s wrist will assure that the USB is removed instantly with a quick tug upon the arrest of the user or the seizure of the computer.

Of course, if the user doesn’t use full disk encryption in the first place, the device becomes useless.

Hephaestos says that USBkill is still in the early stages, but that it works, and works well.
More about
Share this