“FireEye researchers have calculated that the cybercriminals wielding TeslaCrypt and AlphaCrypt have managed to extort $76,522 from 163 victims in only two months. 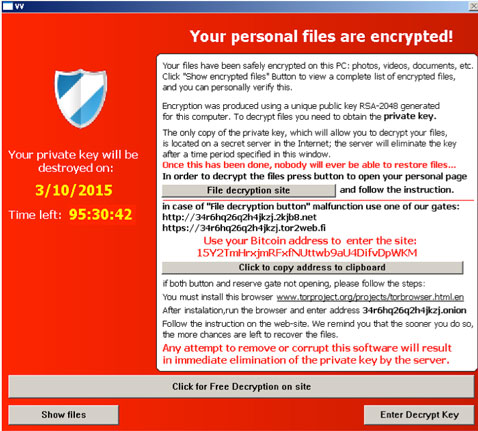 “This amount may seem trivial compared to millions made annually on other cyber crimes, or the estimated $3 million the perpetrators of CryptoLocker were able to make during nine months in 2013-14. However, even this modest haul demonstrates ransomwares ability to generate profits and its devastating impact on victims,” they noted.

The researchers were able to calculate the sum because most victims preferred to pay the lesser ransom amount (from $150 to $500) in Bitcoin instead of paying $1,000 in PayPal My Cash cards.

Between February and April 2015, the researchers registered 1,231 known victims, 13 percent of which decided to pay the ransom.

The researchers discovered all this by analyzing the messages exchanged by the victims and the crooks via the messaging system the latter set up and referenced in the instructions for executing the ransom payment.

The messages also show that the criminals do not choose who to target: victims are individuals, businesses, non-profit organizations, and charities located all over the globe.

The researchers say that ransomware is here to stay for the next few years at least, and users would do well to make regular backups of their important files. Keeping these backups disconnected from the computer they use and even from their network is also a good idea.

By the way, there is some good news for TeslaCrypt victims: Cisco researchers have recently made available a tool that might help them decrypt their files without paying the ransom.”