97% of malware is unique to a specific endpoint, rendering signature-based security virtually useless.

The data collected by Webroot throughout 2015 shows that today’s threats are truly global and highly dynamic. Many attacks are staged, delivered, and terminated within a matter of hours, or even minutes, having harvested user credentials and other sensitive information. Countering these threats requires an innovative approach to attack detection that leverages advanced techniques and up-to-the-second threat intelligence.

Key findings from the Webroot 2016 Threat Brief include: 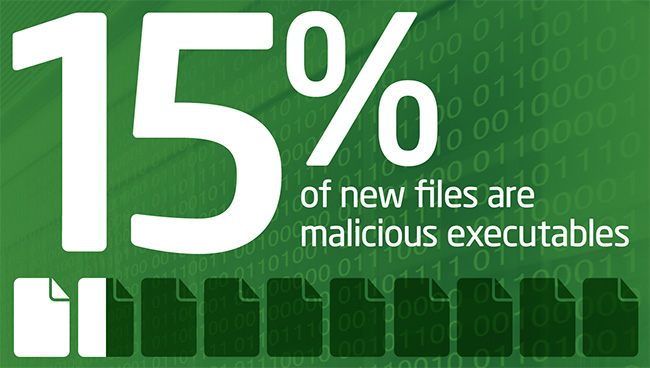 “2015 was yet another record year for cybercrime, during which more malware, malicious IPs, websites, and mobile apps were discovered than in any previous year,” said Hal Lonas, CTO at Webroot. “It comes as no surprise to those of us in the Internet security industry that the cybercrime ecosystem continues to thrive, given new innovations and little in the way of risk for those who choose to participate. The continued onslaught of hacks, breaches, and social engineering scams targeting individuals, businesses, and government agencies alike has caused many in the security field to ask if it’s truly possible to defend against a persistent attacker. We conclude that we can only succeed by being more innovative than our criminal opponents.”