Trend Micro released its annual security roundup report which dissects the most significant security incidents from 2015. The research confirms attackers are now bolder, smarter and more daring in attack vectors, cyberespionage efforts and cyber underground activity on a global basis.

“The prevalence and sophistication of extortion, cyberespionage and expanding targeted attacks now dictate that organizational security strategies must be prepared to defend against a potentially greater onslaught in 2016,” said Raimund Genes, CTO, Trend Micro. 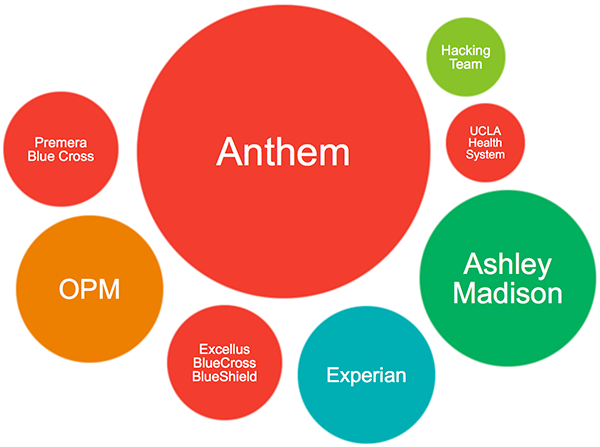 Online extortion and cyberattacks were a top concern in 2015, with several high-profile organizations being victimized. Ashley Madison, Hacking Team, the Office of Personnel Management and Anthem were a few of these high-profile attacks that left millions of employees and customers exposed. The healthcare industry witnessed its share of data breaches. Between Anthem and Premera Blue Cross, more than 90 million customers’ personal and sensitive data was exposed.

Pawn Storm and zero-days – In 2015 there were 11 zero-days discovered by Trend Micro researchers in addition to the long-running cyberespionage campaign Pawn Storm, which utilized several zero-day exploits to target high-profile organizations, including a U.S. defense organization, the armed forces of a NATO country and several foreign affairs ministries.

Deep Web and underground explorations – In 2015, cybercriminal markets began to penetrate the recesses of the Deep Web. Each underground market mirrors the culture in which it resides, offering specific wares most profitable in each region.

Smart technology nightmares – Attacks against connected devices accelerated in 2015, proving their susceptibility. Smart cars and businesses were among a few of the new concerns brought by IoT technologies.

Angler – From malvertising to Adobe Flash, Angler Exploit Kit gained notoriety in 2015 as the most used exploit. Accounting for 57.3 percent of overall exploit kit usage. Japan, the U.S. and Australia were among the most impacted countries for this attack.

Data held hostage – Crypto-ransomware rose to 83 percent of overall ransomware use in 2015. Cryptowall was the most frequently used variant, arriving on users’ computers via email or malicious downloads.

Takedowns versus DRIDEX – The seizure and takedown of the notorious DRIDEX botnet contributed to a significant decrease in detections within the U.S. However, this led to a resurgence due to the Command and Control infrastructure being hosted on a bulletproof hosting provider, making it virtually impossible to eradicate altogether.