Seagate unveiled a production-ready unit of the fastest single SSD demonstrated to date, with throughput performance of 10 GB/s.

The unit, which is expected to be released this summer, is more than 4GB/s faster than the previous fastest-industry SSD on the market. It also meets the OCP storage specifications being driven by Facebook, which will help reduce the power and cost burdens traditionally associated with operating at this level of performance. 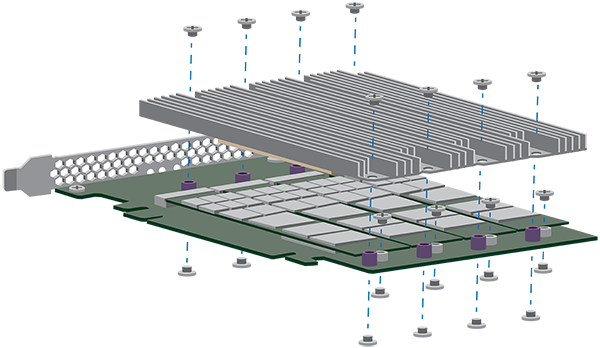 “Your data is only as good as how easily you can access it and put it to use,” said Brett Pemble, Seagate’s general manager and vice president of SSD Products. “Seagate is committed to providing the full spectrum of technologies to help meet the diverse needs of organizations so they can unlock this value. Whether for consumer cloud or business applications, this SSD will help improve on demands for fast access to information, where split seconds drive incremental value gains.”

The technology would work with any system that supports the Non-Volatile Memory Express (NVMe) protocol, which was developed by Seagate and other consortium vendors to replace the legacy SATA standards and eliminate informational bottlenecks. NVMe helps reduce layers of commands to create a faster, simpler language between flash devices.

Organizations that would most benefit from this solution include those processing data for object storage or in real-time, where speed matters most for results, such as large-scale cloud providers and web applications, weather modeling, or statistical trends analysis. The unit could be used in an all-flash array or as an accelerated flash tier with HDDs for a more cost-effective hybrid storage alternative.

“Technology advancements continue to stretch the limits of SSD speed and performance due to growing enterprise demands that require fast data processing at scale,” said Gregory Wong, principal analyst, Forward Insights. “Seagate has effectively rewritten the rules for performance with this latest SSD unit. Based on our latest analysis, Seagate is already the leading provider to the emerging PCIe OCP market.”

In addition to the 10GB/s SSD technology, which accommodates 16-lane PCIe slots, Seagate is finalizing a second unit for eight-lane PCIe slots, which still performs at the industry-leading throughput of 6.7GB/s, and is the fastest in the eight-lane card category. The eight-lane solution will provide an alternative for organizations looking for the highest levels of throughput speed but in environments limited by power usage requirements or cost.