Most enterprises have accepted that its employees will use their own various, often mobile devices to access company assets, and have realized that the defined, more easily secured network perimeter is a thing of the past. All that remains for them is to make sure these devices are secure as they can be.

Duo Security, whose two-factor authentication solution is installed on over 2 million devices (laptops, PCs, mobile phones and tablets), has a good vantage point for evaluating the the security health of these devices, as the authentication app collects data about devices, including details about OS, browser, Java and Flash versions.

Here is what they found: 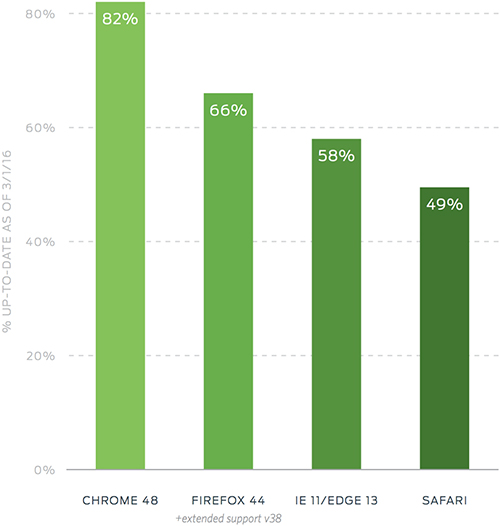 The company posits that Chrome users may be more up to date than other browsers since Google rolls out updates and new versions automatically, without required approval from the user. Also, that Mac users are generally more up to date than Windows ones because Apple has less trouble that Microsoft with pushing out stable updates, and users are not reluctant to implement them. 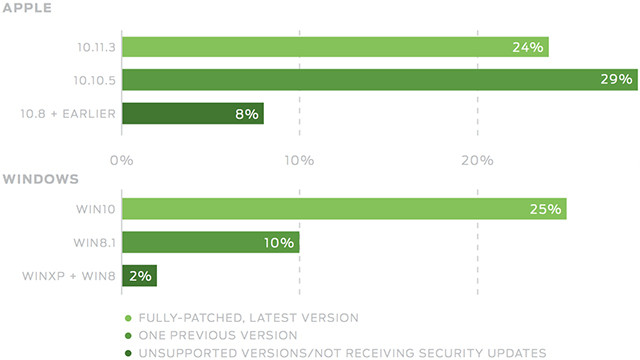 Running outdated and unpatched OSes and software helps attackers find a way to compromise devices. And when these devices are used to access company assets, the danger is compounded.