Akamai published the Q1 2016 State of the Internet – Security Report, which provides a detailed view of the global cloud security threat landscape and in-depth analysis and insight into malicious activity. 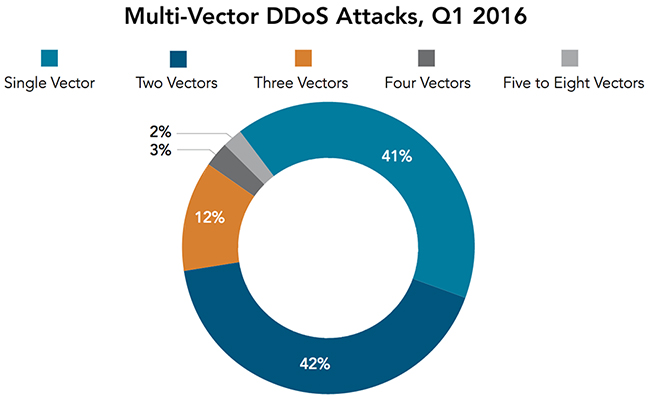 During Q1, Akamai mitigated more than 4,500 DDoS attacks, a 125 percent increase compared with Q1 2015. As in recent quarters, the vast majority of these attacks were based on reflection attacks using stresser/booter-based tools. These tools bounce traffic off servers running vulnerable services such as DNS, CHARGEN, and NTP. In fact, 70 percent of the DDoS attacks in Q1 used the reflection-based DNS, CHARGEN, NTP, or UDP fragment vectors.

“We have continued to witness significant growth in the number and frequency of DDoS and web application attacks launched against online assets, and Q1 2016 was no exception,” said Stuart Scholly, senior vice president and general manager, Security Business Unit, Akamai. “Interestingly, nearly 60 percent of the DDoS attacks we mitigated used at least two attack vectors at once, making defense more difficult. Perhaps more concerning, this multi-vector attacks functionality was not only used by the most clever of attackers, it has become a standard capability in the DDoS-for-hire marketplace and accessible to even the least skilled actors.”

More than half of the attacks (55 percent) targeted gaming companies, with another 25 percent targeting the software and technology industry.

Q1 2016 also set a record for the number of DDoS attacks exceeding 100 Gigabits per second (Gbps): 19. The largest of these mega attacks mitigated by Akamai peaked at 289 Gbps. Fourteen attacks relied on DNS reflection methods. Last quarter, there were only five mega attacks; the previous record was 17, set in Q3 2014. 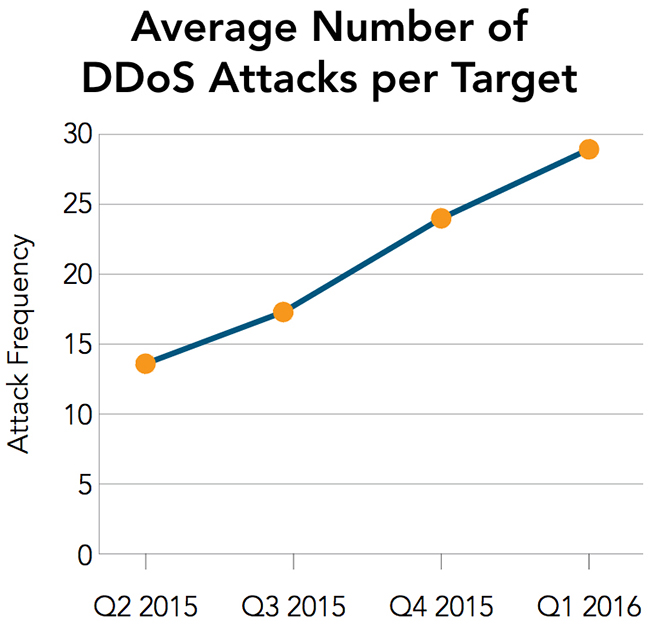 Looking at bot activity over 24 hours, the researchers tracked and analyzed more than two trillion bot requests. While identified and known, so-called good bots represented 40 percent of the bot traffic, 50 percent of the bots were determined to be malicious and were engaged in scraping campaigns and related activity.