CIOs are the C-suite executives most intensively advocating and driving migration of their organizations’ IT resources to the cloud. A new Unisys study indicates that reducing costs and gaining faster access to computing capacity are the CIOs’ primary motivations. In addition, securing the cloud is the respondents’ primary management concern. 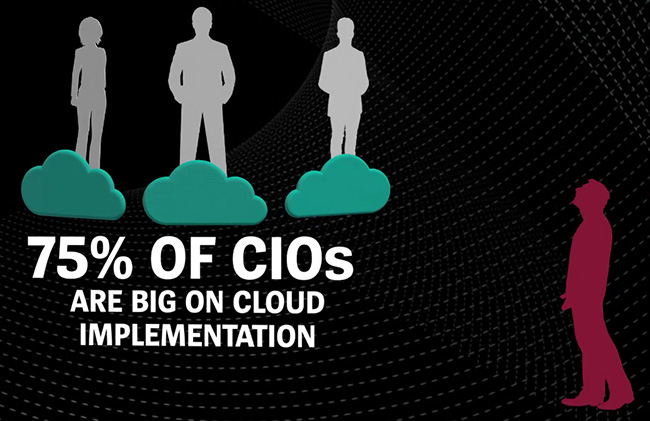 Seventy-two (72) percent of the survey respondents say that their organizations’ CIO is spearheading movement to the cloud. The respondents far less frequently cite the CEO (6 percent), board of directors (4 percent) and CFO (3 percent) as playing that role.

The following are the factors that respondents cite as the primary motivators for cloud migration:

The survey shows that the respondents’ organizations are moving steadily to realize the value they anticipate from the cloud: 67 percent see at least half of their IT resources in the cloud within the next two years, while 44 percent see more than 75 percent residing there within that time.

Forty-two (42) percent of survey respondents view security as the greatest cloud-management issue their organizations face. Their response shows that concern about adequate cloud security – which executives have expressed in many earlier studies – remains an issue more than a decade after cloud computing gained widespread recognition as a major platform for delivery of IT services.

To a lesser extent, the respondents foresee cloud management giving rise to operational challenges as well – especially lack of integration among multiple platforms (16 percent) and lack of cross-platform visibility (10 percent).

“This study shows that far-sighted CIOs have a clear view of the competitive, operational and economic benefits of cloud computing, and are taking energetic action to realize them for their organizations,” said Steve Nunn, vice president, Cloud and Infrastructure Services, Unisys. “At the same time, those decision-makers are clear-eyed about the need to secure both existing IT and new cloud resources in order to protect vital business assets.”