The German Federal Intelligence Service (BND) has been illegally collecting data through mass surveillance tools, storing it in databases that should not exist, and has repeatedly prevented the Federal Commissioner for Data Protection and Freedom of Information (BfDI) from supervising their actions. 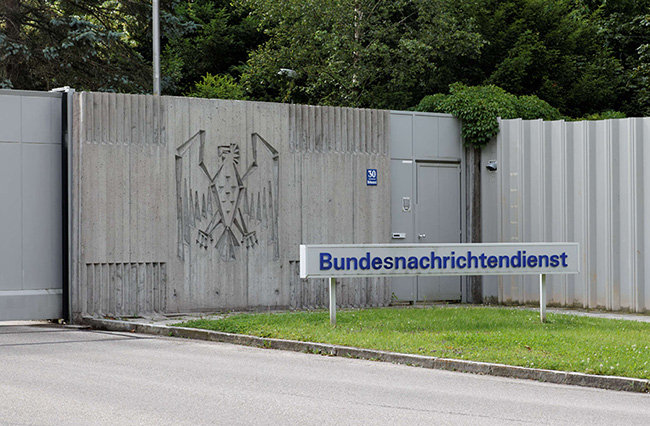 A summary and analysis of a classified report, filed after former Commissioner for Data Protection Peter Schaar sent his representatives to inspect the joint BND/NSA-station in Bad Aibling (southern Germany) in the wake of Edward Snowden’s revelations, has been compiled by the current Commissioner Andrea Voßhoff, and published last week by German digital rights blog Netzpolitik.

The report shows that the BND, which is directly subordinated to the German Chancellor’s Office, regularly ignores laws and the German constitution.

Among the things that has been discovered is that:

Commissioner Voßhoff concluded by advising that BND must made to respect the law. The analysis and the complaint was sent to the Chancellery in early 2016 and, according to Netzpolitik’s Andre Meister, the German government has drafted since then a reform bill that would legalize BND’s actions so far, and widen their prowers.

“This legislative package is scheduled to be adopted this year and will presumably come into effect at the beginning of next year,” he added.

Unfortunately, governments around the world use the same tactic to lull citizens into complacency about mass surveillance. At the beginning, it’s all about “we have adequate oversight over the intelligence agency’s actions.”

But later, when this control proves to be imperfect, governments change laws to make previous illegal actions legal, and thus easily sneak in laws that citizens would likely protest against if they were introduced more directly.